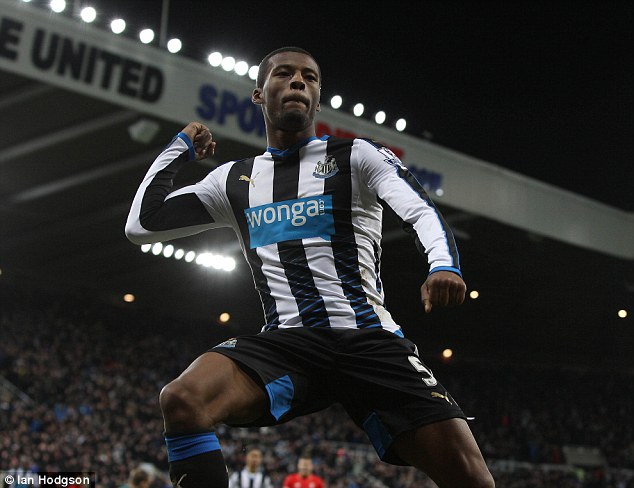 The Holland international also has interest from the likes of West Ham but his agent Humphrey Nijman, told RomaNews: ‘Wijnaldum’s situation right now is very simple.

‘Newcastle have been relegated to the second division, so now the player has to think about his future.

‘At the moment I can’t say any more, and I can’t talk about negotiations. Roma are a great club, one of the best in Europe.

‘How much would he cost? I can’t answer that, it’s the club that decides a player’s price.

‘I only take care of Wijnaldum’s contract.’

But following Newcastle’s relegation to the Championship, Wijnaldum could now move on to pastures new.

Georginio had an excellent start to his Newcastle career under McLaren scoring 9 Premier League goals by mid January but a poor run of form under Benitez resulted in him being dropped to the bench only to come back into the side and bag a brace against Spurs on the last day of the season.