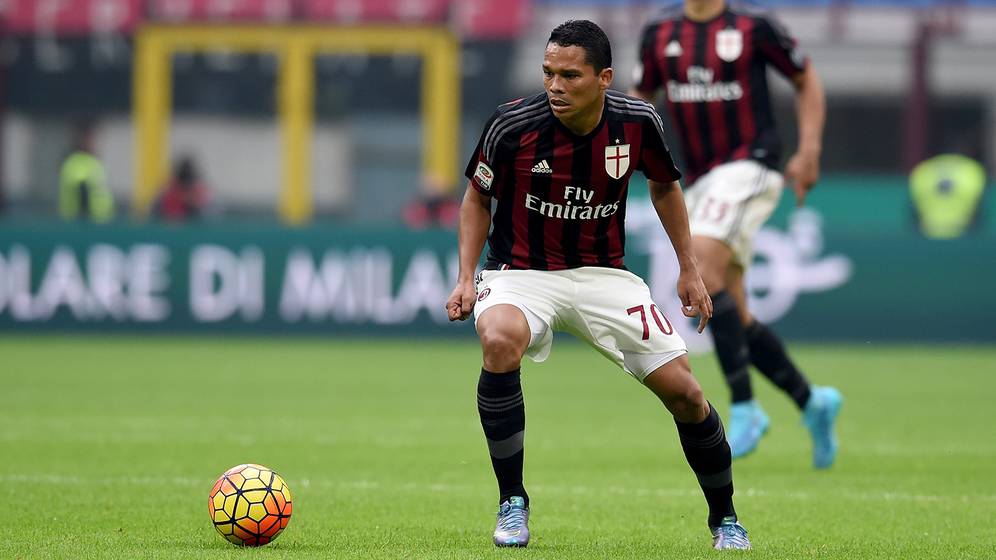 Reputable Italian football journalist Gianluca Di Marzio is reporting tonight that West Ham have made contact with AC Milan for Colombian international striker Carlos Bacca  with an offer of €20m.  The Rossoneri have rejected the initial offer but still seem willing to strike a deal and are reported to want €25m for the striker.

Bacca has expressed his willingness to move to the Hammers but on one condition, that West Ham match the same salary that he currently makes at Milan, €3.5m – €4m net, between £105k-£120k per week.

Di Marzio states that the negotiations will continue as the two clubs seek to come to an agreement for the striker who has been a hit at Milan since joining from Sevilla last Summer.  Bacca scored 20 goals in all competitions last year after hitting the net 28 times the previous season for Sevilla and although he will be 30 in September if West Ham managed to sign him they’d have one of the best goalscorers they’ve seen at the club in a long time.  One of our scouts kindly pointed out that Bacca has one of the best strike rates per chance in all of Europe.