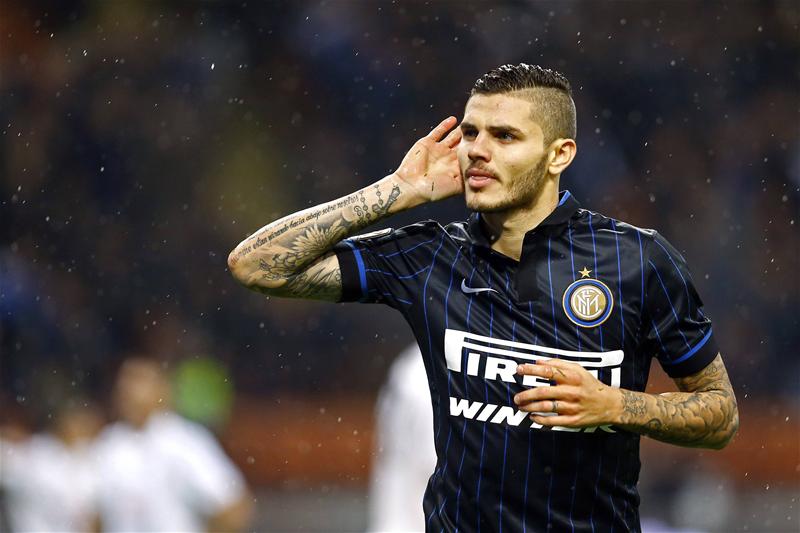 Inter Milan sporting director Piero Ausilio says forward  Mauro Icardi will be staying at the club this summer amid reports of interest from the Premier League, Gianluca Di Marzio reports.

The talented Argentine forward has been linked with an exit from Inter this summer and recent reports in the Italian newspaper the Corriere Dello Sport claimed West Ham had made an approach for the player.

The Hammers are intent on bolstering their striker ranks this summer with the addition of a big-name forward as they look to make an immediate impression in their new Olympic Stadium home.

The East London club enjoyed a superb campaign under Slaven Bilic last term and now they have their sights on challenging for a a place in the Champions League via a top four spot next season.

However, Inter’s sporting director Ausilio says his side’s prized asset will not be moving on this summer as he tells reporters how the club look to strengthen under new ownership.

“At the beginning Mancini was surprised by the change of ownership, but now he is very motivated and will 100% remain. Icardi we’ll also keep him 100%,” Ausilio told GianlucaDiMarzio.

West Ham’s search for a new forward has seen them linked with various strikers including Lacazette, Batshuayi, Bacca, Benteke, Vardy, Braithwaite and Ben Yedder amongst others