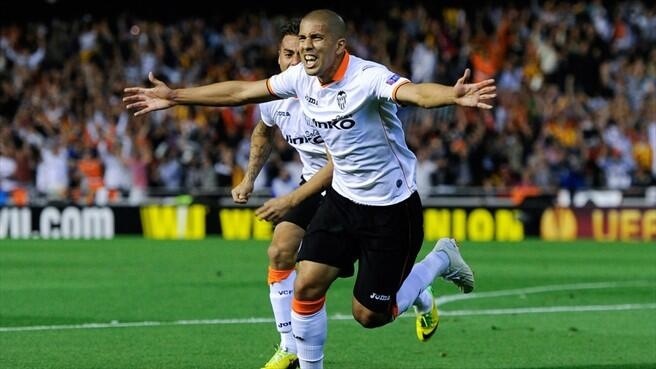 So another week and no players have arrived.  This is not something that we need to panic about because already we have brought in Nordvteit, who is a massive signing.  When speaking to my mate who works at Arsenal Academy, he said he was brilliant there and that Wenger was desperate to bring him back before we secured his signature this summer!  Martinez the Spanish signing and Quina will be useful additions for both the future and Europe.  Both of these transfers were brought exclusively by us at The West Ham Way, way before others and we are doing our best to keep our finger on the transfer pulse.

It is clear that we want to sign a forward and an offer did go in for Bacca!  However, he is currently playing in the Copa America and has a number of offers on the plate and will not make a decision until after this tournament has ended. I don’t think we are overly hopeful on pulling this deal off. We have an interest in both Toulouse forwards and their links with the agent Mark McKay could prove pivotal (Braithwaite and Ben Yedder).  Another player we have watched is Vincent Jannsen, who plays for Az in Holland.  We are warming to players proving themselves from Holland, now Pelle, Bony and others have done so.  Calleri has said this week he is going to get an Italian passport for his move to Europe and despite his dad saying he is joining Spurs (which I don’t believe is true); I know we are still keen too!  I am aware that I am mentioning a number of names here, but it is genuinely the case there are others that I have mentioned in previous columns and chosen not to here.

David Sullivan works non-stop trying to get the right names in and is very frustrated.  On the eve of two major tournaments (Euro 2016 and Copa America), it is never a good time to sign a player! Benteke continues to be a situation that we will monitor closely too.  We are not close to signing any of these players at this point though. One forward who will not be joining us though is Vardy he has turned us down for Arsenal. He is expected to join them tomorrow. We did speak to the player but he didn’t ever seem that keen and demanded very high wages and didn’t show a real desire to play here whereas he seems to be excited by the Arsenal offer.

Sakho to Sunderland was a strange story of this week. Whilst it does appear Sunderland have some interest in the player they obviously do not trust him to stay fit. The deal was very heavily weighted around appearances and we know his injury record too. Whether Sakho would even want to go there is another question and rumours of him demanding to leave by preseason are rubbish. If we do not sign at least two quality forwards Sakho will remain at the club. We are set to announce the players who will be leaving at the end of their contracts soon and it will free up a lot of wages. All of these players I have mentioned in previous columns so I will not repeat it again.

Bilic wants to sign two wingers, with Tore being his first choice and the club will do all they can to sign him.  At this point the deal isn’t close at all because his club know how keen we are, so are trying to make more money out of us than we want to pay!  DS is hopeful that Tore will be signed for Bilic eventually and of course he is not featuring in the Euros, which is handy.

We want to sign another winger who will not cost as much as Tore.  This player who Jack Sullivan mentioned is Sofiane Feghouli another name that we have brought you previously. The player is on holiday at the moment but as Jack has said we hope to tie a deal up after that. He is an Algerian international (although born in France) who plays for Valencia. He is a very skilful winger and he is likely to be available for a free transfer I believe due to his contract expiring.  I can say that despite us being interested a few months ago; N’Koudou of Marseille is not a target at this point. There has been a lot of interest in him from other clubs and therefore his price has been driven up.  We will not be moving for Townsend either despite another agent reporting this because he is close to joining another Premiership team.

We are now interested in more wingers than we were before as our right back options all seem to be unlikely to happen now. Van der Weil seems likely to join Roma, Gokhan Gonul has a number of offers on the table as well. We do rate the Wolves right back Dominic Iorfa but he will cost a fair amount of money and at the moment Bilic is happy to stick and develop the right back options he currently has rather than gamble on unproven players.

Many clubs are showing an interest in Reece Burke and we have a real challenge on our hands to keep him!  He impressed so much at Bradford and his contract expires in January.  We want to keep him, he loves the club but he is conscious of the competition he faces this year and we hope to get him to sign a deal.

This week I took a lot of stick for saying Manchester United had launched a bid for Oxford.  If I could say who the sources were on this (three of them), you would understand why I said it.  In translation the offer seems to have been fabricated by an agent in close circles, as a way of making us as a club panic and offer him a much higher deal than before.  These clubs are still interested in him and have had “chats” with his agent, although his future is yet to be decided and no official bid has come in for the player.  The club hope he will sign a new deal soon and will do all they can to make it happen.

Speaking of Manchester United, whilst Bilic and the club obviously recognise the talents of Mata, his wages and the transfer fee for a player who plays in a very similar role to Payet and Lanzini means the deal is very unlikely to ever happen.

Ante Coric a young 19 year old Croatian who Bilic is very aware of is someone that we could sign.  Coric has been making a name for himself with Dinamo Zagreb and has recently been capped at Senior level with Croatia and has been named in their Euro 2016 squad. We have sent scouts to watch him a few times now.

One thing to remember with this window is that it is constantly changing and there are so many dominos effects of transfer deals. I spoke to Dave Sullivan Jnr this week who said how flat out dad works on these deals and that he is often left frustrated and unsure what is happening himself at times. Rest assured no one cares more than our chairman about getting the best players in.

Working 9-5 in a job unrelated to West Ham I am unable to know the ins and outs of every deal that happens on an hourly basis. I do my best to bring news as I hear it and I always verify it through more than one source but there will be times when this news changes without my knowledge. Under no circumstance do I try to mislead fans, I just try to bring news that I believe to be accurate and hopefully my three year track record has done enough to prove, that most of the time, it is reliable.

As a site we are continuing to look for ways to grow and expand and we believe now is the perfect time to do it. I am delighted to announce that Baz Cox will be running our West Ham Way TV at Away games. Baz is a twitter sensation who has built up a good relationship with the players especially Mark Noble who he was caught on camera singing a McFly tribute to. Baz and his mates will be attending most away games including ones on our European tour and we are delighted to have him on board. Please feel free to speak to him about featuring in forth coming videos. George Allen will still produce all the videos and Evan Jones will continue to be our home game host. Having two presenters both with very large personalities gives us a lot of scope for future videos.

I would also like to say a big shout out to West Ham fan TV who we get on very well with and who set the bar very high for these videos. We are in no way trying to be competition to them but are aiming to work together on many future projects. As a site I have had one massive meeting and have another set for this week. Last week’s has brought an extremely exciting feature for us which we will be launching in July. I will bring more news on this in the future but it is definitely the first of its kind, like our apps were when we released those in April. The Apps are due to be updated when Matthew Kirk, our IT man, returns from holiday and they should be even better than before. We will be adding our forum and our downloads feature this week to the website too.   One last plug! Our fanzine is almost sold out so please get yourself a copy where there will be many exclusive articles and features only to be found there.

It’s been a great day, and I have a few beers, I intend to finish the job off.   COYI