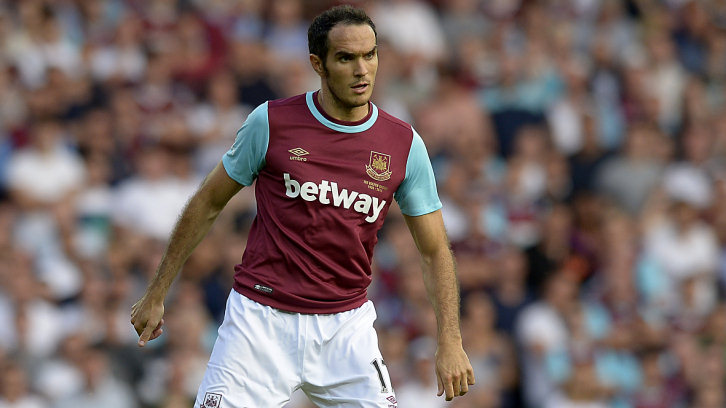 West Ham United have issued the Club’s Retained List of players at the end of the 2015/16 season – Official site article.

Joey O’Brien’s contract expires on 30 June after five years as a Hammer, during which time the he helped the Club win promotion and re-establish itself in the Premier League.

The full-back joined on a free transfer in summer 2011 and helped West Ham gain promotion via the Championship Play-Offs in May 2012. The following season, 2012/13, he made 33 Premier League appearances as West Ham finished ninth in the top flight.

A reliable and committed player, 30-year-old O’Brien earned a recall to the Republic of Ireland senior squad in 2012 and went on to make 105 first-team appearances in Claret and Blue, scoring three goals.

Loanees Victor Moses, Emmanuel Emenike and Alex Song will also return to their parent clubs at the end of their season-long loan deals.

Strikers Lee and Jordan Brown, defender Chambers and Nasha all appeared for the first team after graduating from the Academy of Football, while Mavilla also reached the matchday squad on one occasion.

Lee, 21, made his Premier League debut against Stoke City in August 2013 and went on to make six senior appearances, scoring in the UEFA Europa League first qualifying round win against FC Lusitans in Andorra in July 2015. Nasha, 20, also made his first-team debut in the same game.

Chambers, 20, made three appearances for the Hammers in the Football League Cup in autumn 2013.
Jordan Brown, 19, made his sole appearance in the UEFA Europa League third qualifying round tie against Astra Giurgiu in Romania last August and has since joined German Bundesliga 2 club Hannover 96.

Scholars Tim Brown, 19, and Clark Bogard and Ross Elsom, both 18, have also been released.

The Club would like to thank all those named above for their efforts and wish them well in their future careers.