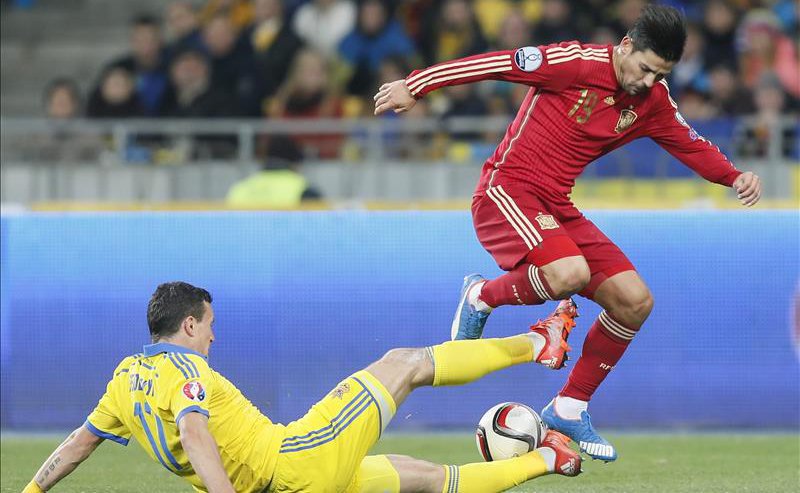 According to The Mirror, West Ham United are ready to make an £8m move to land Celta Vigo star Nolito during this summer’s transfer window.

The Hammers are looking to add some more firepower to their ranks, and whilst fans are focusing on the signing of a new striker, another winger or two could also be targeted.

Dimitri Payet, Manuel Lanzini and Michail Antonio – each signed last summer – all enjoyed superb seasons for the Hammers, but with aspirations beyond seventh place under Slaven Bilic, more quality in the final third will be wanted.

The 29-year-old hit 12 goals and seven assists for Celta this past season, meaning the former Barcelona man has earned a spot in Spain’s Euro 2016 squad, and could start against the Czech Republic on Monday having hit four goals in his last five international appearances.

A skillful, creative attacker who thrives when cutting inside from the left hand side, Nolito possesses great quality and an eye for goal – but with just one year left on his contract with Celta Vigo, he may be sold this summer at a bargain price.

That appears to be what West Ham are hoping for, as they are believed to be plotting an £8m bid for Nolito, which would add yet another attacking threat to Bilic’s arsenal.

The player himself was coy when recently asked where he would be playing football next season.  Nolito stated that he was concentrating solely on the Euros and would make a decision after the tournament.  Reports in Spain have also indicated that Barcelona are still interested in bringing back their former attacker so we’ll see if this develops over the next few weeks.