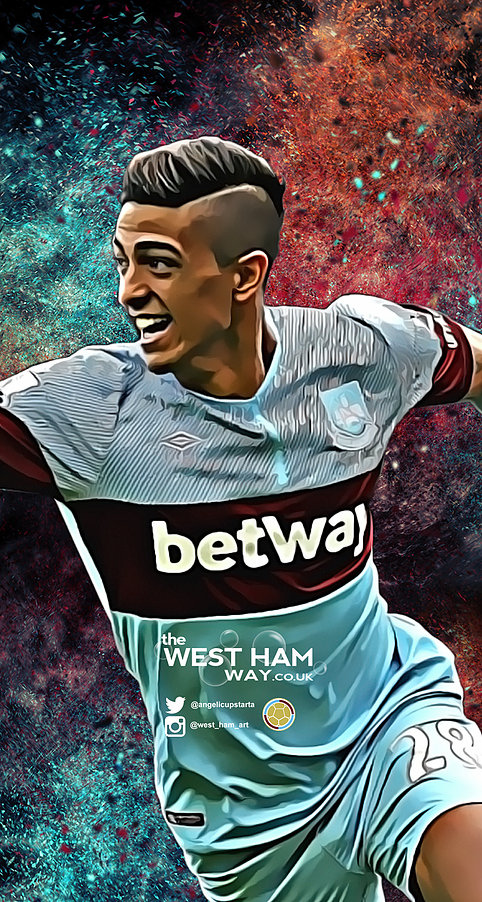 So here is part 1 of the FIFA 17 Ultimate Team West Ham card prediction by @WestHamLondon.

Let’s start with Hammer of the Year Dimitri Payet. 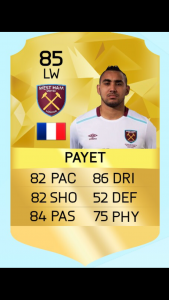 Second up is surprise of the season Manuel Lanzini.

Lanzini was loaned in with the intention of his being a squad player, but he quickly found himself as a first team player. His FIFA 16 card was a non-rare and rated 76, and after a good first season at West Ham I can see him getting upgraded to 77/78 with a CM or CAM position. 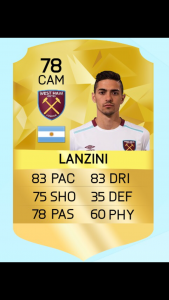 Next is the new summer signing Håvard Nordtveit.

A bit of an unknown here he had a 76 rated card which was upgraded to 77 in FIFA 16 and I can see a move to the BPL possibly getting him another upgrade to 78 rated on FIFA 17 in the CDM position. 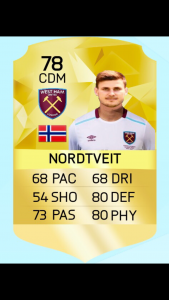 Next was runner up in the Hammer of the year and the guy who got my vote, Mr “Too good for England” Michail Antonio.

Michail came to us with a 74 rated silver LM card and after an amazing season at West Ham I can see him getting a small upgrade to a 75 rated card as players going from silver to gold normally do not make a massive jump. I have put him at RM but would not be surprised if he is made as a RB. 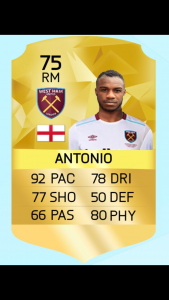 Next is the East London Yaya Toure, our midfield wall, Cheikhou Kouyate.

For many years, even before his West Ham days, Cheik has been an Ultimate Team legend with his Anderlecht Blue CB card in FIFA 13 selling for over 1.5 million coins. He was jumped back up to a Gold Card last season and after another solid season with West Ham I can see Cheik getting a decent +4 upgrade to a 79 this season. 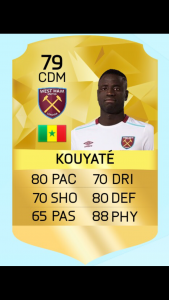 Lastly one of my favourite defenders on FIFA 16 Angelo Ogbonna.

Now I have given Ogbonna a +1 upgrade to an 80 here, and although I feel he deserves to be at least an 82, I think his performances will have been missed by the FIFA creative team. He is likely to remain at 79 or possibly get the +1 but again looks to be a solid card. 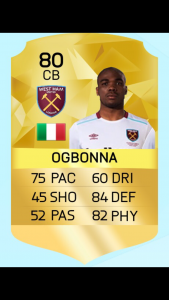 Let us know who you would like to see predicted in part 2 of this segment, and any new signings (Lacazette please Mr Sullivan) will be added as well.

I am happy to predict players from other clubs as well if interested – just let us know who you want to see.  If you want to buy FUT coins please follow this link http://ultimatecoinexchange.com/?utm_source=twhw&utm_medium=site&utm_term=west&utm_content=ham&utm_campaign=twhw%20%E2%80%A6