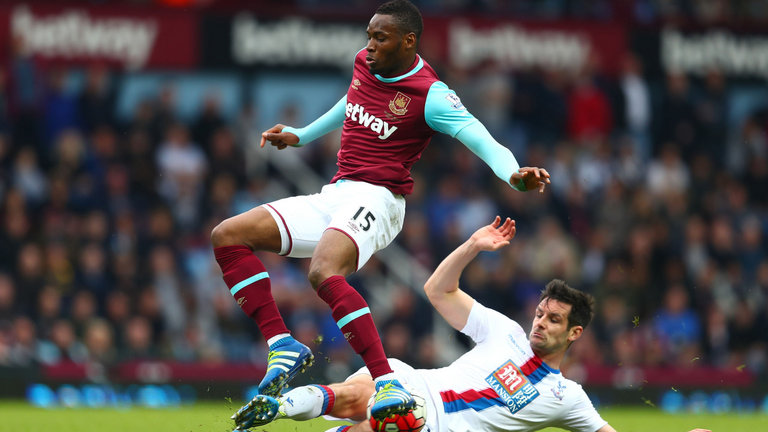 Mark McKay, the agent of West Ham United striker Diafra Sakho, has told Sky Sports that his client could remain at the Premier League club as long as he receives certain assurances about his role at the club next season.

Sakho has been heavily linked with a potential move to Sunderland this summer after suffering a frustrating season at Upton Park which saw him hampered by injury.

The Senegalese international managed just 24 appearances in all competitions as he missed several months of the campaign, and found himself fighting to re-establish himself as the leading man up front after his return in March.

It had been reported that the striker had asked to leave the club this summer as they hunt for a new top-class forward, but his agent McKay has suggested that it is not yet a foregone conclusion that the 26-year-old will be heading out the exit door.

McKay told Sky Sports: “He’s had conversations with people at West Ham and everywhere else, he wants to know where his future lies. West Ham we all know are looking for that top, top striker, and Diafra’s just a bit concerned that after they find that top striker what’s his place in the team going to be?

“If he gets those assurances from West Ham then I’m sure he’ll be happy to stay there, but otherwise he might be looking elsewhere. When you look at Diafra I think he’s a victim of the success that West Ham have had, now going to the Olympic Stadium and wanting to kick on.

“He may just be left behind, he’s not that star name that they’re looking for maybe. It’s up in the air at the moment, but he’s a West Ham player as it stands and until David Sullivan and Slaven Bilic turn round and say differently that’s going to remain the case.”

Sakho has been something of an enigma during his two years at West Ham, displaying signs of true quality but also seeing injuries limit his impact and occasionally being accused of drifting through matches.

Though McKay seemed keen to stress that he could stay at the club if afforded regular playing time, with the Hammers going public with interest in the likes of Alexandre Lacazette it would still be no real surprise to see Sakho move up north to link up with his former manager Sam Allardyce at Sunderland.