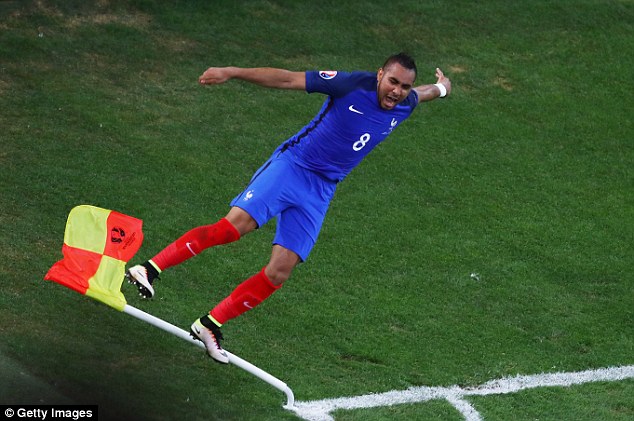 Whilst Dimitri is treating the fans of Euro 2016 to a festival of football skill on the field, Slaven Bilic is tantalising football fans across the globe with his football knowledge and his charisma on our TV screens in the studio.

Payet has had a sensational start to the Championships, scoring two late goals in France’s opening two victories, and creating nearly as many chances (14) for his team mates in the those games as Zidane did in the entirety of the 2004 Championships (15).

When Payet settled the game against Albania with another adept right-footed finish into the corner of the net his Manager jumped onto his knees on the ITV studio table, arms raised in the air to celebrate his talisman’s finish.

Slaven explained after the game that he knew exactly what Payet was going to do once he got that ball.  “Once he cut inside it was only going in one place. I see him do that every day in training. He always has a plan.”

The game itself, much like France’s encounter against Romania, was a dire affair with France constantly missing chances created by the Hammers’ attacking midfielder.  Giroud, Koscielny and Ramis were all guilty of missing excellent opportunities laid on a plate by France’s new hero.  Both teams had hit the woodwork before the Pierre Andre Gignac substitution seemed to change the tide.  Antoine Griezmann scored with a header in the 90th minute to ease the French nerves and then Dimitri popped up with the 2nd six minutes into injury time to give the hosts a 2-0 victory.

The win means that France have already qualified for the 2nd round of the tournament and the game against Switzerland will be for 1st place in the Group.

Most Hammers won’t have expected too much from these Championships with the likes of Mark Noble and our other English contingent left at home but Dimitri and Slaven have made this tournament another bright spark after such an excellent season in 2015/16, and it gives us a lot more to look forward to next year.