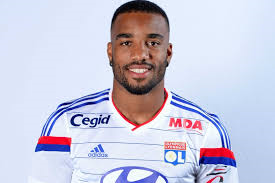 This is our popular feature where our very well placed source writes about the club using inside knowledge on what he would do in the current situation.  This source is extremely well verified so what he says is based around a lot of knowledge of current events.

Hello again. If I owned West Ham at the moment….. I would think it is important we sign a striker.  In my last column we went through lots of possible options, but I personally have a feeling that this may be Vincent Janssen who I wrote about previously.  He is 21 years-old and very strong on the ball.  The reason I say this is because I can’t see it being anyone else.  I feel Lacezette is slowly becoming out of control and have a gut feeling that he does not want to join us, as I feel more would have happened if he was keen on the move. Also, Lyon do not have to sell as they are a Champions League club next season and of course have more funds.  I feel this is the same with lots of other strikers, as it has all gone very quiet, which in a way I don’t mind too much as lots of strikers we were linked with were far from value for money and I was not convinced that they would come and do the job of a 20 goal a season striker.  However, two players I would welcome with open arms alongside Janssen, would be Bacca and Giroud.  Of course we cannot afford all three, but I think any of these would come and do a great job and all have a proven record of scoring. I’m going to let the board work their magic and of course I have full faith in them to get it right.

I’m sure West Ham are looking for more than just a striker this summer. Tore has dropped a massive hint and I think he would bring good competition to the squad.  I hope we don’t pay over the odds, but it is clear to see that Bilic really rates him.  If we did get him, the squad would have some real class on the wing. Bilic had also dropped hints about Hutchinson, who if I’m totally honest with you I would be disappointed to see, as he is 33 years-old and I feel we can get better. If he does come in I believe this may be the end of Obiang at West Ham, which I would hate to see as I think he is something special and a great passer of the ball, he has just struggled to get a chance.  One other reason for us being linked with Hutchinson may be if Obiang wants to leave due to the lack of game time.  I would prefer to see someone like Cook from Leeds, a young talent who is English and could be worth big money one day, unlike Hutchinson, on whom we would write our money off as no one is going to buy a 34 year old from us!

I do think it was the right decision to let our loan players go and I think most people would agree with me.  Song was way past his sell-by date and I also hear stories about how he may have caused trouble in the team, which is something that has no place.  I thought Moses was too in and out and I can’t see him ever getting into that Chelsea team. Emenike showed some touches of class, but feel we can get much better.  Other players that have left are Joey O’Brien and Lee, again two players who I felt should have been let go.  Lee had more than a chance and struggled on loan, but I am gutted he couldn’t follow in his dad’s footsteps. Joey is someone that two years ago would have been a good if not great back-up, but now we are a better team than that.  However I wish them both well!! Anyway, I’d better stop or I am going to have nothing to write about in my next column, in which I will talk about whom I believe should leave the club and my views on any other news.  If I did own West Ham, nothing would be different as I don’t think the board have done anything wrong so far this summer and have signed real quality, which Jack spoke about in his column yesterday.