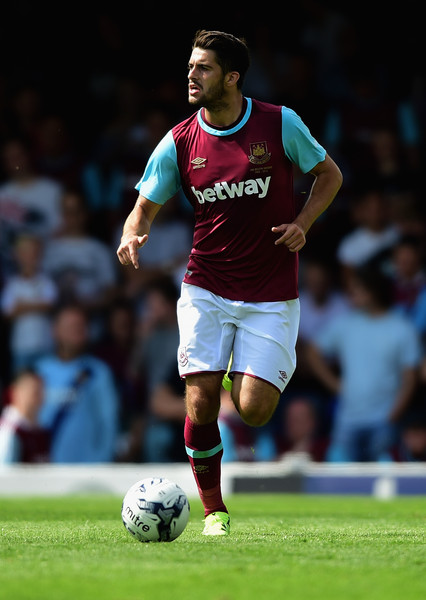 The 21-year-old enjoyed a progressive first season with the Hammers last term, winning the U21 Premier League Cup and being named on Slaven Bilic’s substitutes’ bench for 8 games.

Hendrie also spent a successful month on loan with League One outfit Southend United, scoring once in five appearances for the Essex club.

The summer 2015 arrival from Scottish Premiership side Hamilton Academical is a Scotland U21 international and will hope to gain valuable first-team experience during his season at Ewood Park.

“He’s not the finished article because he’s a young kid, but he has scope for development,” said manager Owen Coyle.

“I know West Ham have got high hopes for him to play in the Premier League in future years.”

After completing his move to East Lancashire, the Scottish starlet hopes to take his game to the next level.

“Obviously it’s a massive club, it’s going places and I’m buzzing to be here and I can’t get wait to get started.

“The manager played a big part and the size of the club. Hopefully it’s going to be a good season and I just want to come here and get games and kick on and see how I do.”

“Obviously back at West Ham playing Under-21s it’s not ideal. It’s good, but I want to be playing first team football and the Championship is such a good league, so I’m happy to be here and I can’t wait to get started.

“When I went to Southend, it was good playing games. I enjoyed it there, but I just wish it got extended, so I could play more games. I only played about six games, but now I’m here and it’s a full season loan and I just can’t wait to get started.

“I’m 21 and the Championship is a great league and when you’re 21 you want to play in the best leagues and this is obviously up there with them. It’s a big club in a big league, so I’m just happy to be here.”