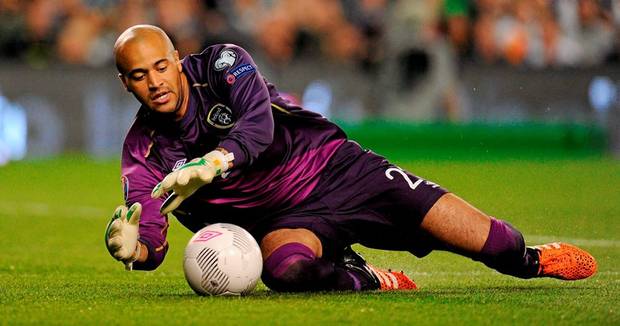 The Hammers team mates will face each other in Lyon on Saturday after Norwich City midfielder Robbie Brady scored a dramatic late winner against Italy tonight in Lille to put the Irish into the last 16 of the Euros.

The Irish needed to win tonight’s game to qualify for the next round and were given some hope when new Chelsea boss Antonio Conte rested a host of first team players as Italy had already won the Group and knew they would be playing Spain in the next round.  One of those changes was another of Randolph’s and Payet’s team mates, Angelo Ogbonna who looked very solid all game playing alongside regulars from Juventus, Bonucci and Barzagli.

Ireland’s win also means that all four of West Ham’s players that travelled to France will not be returning home just yet.  James Collins’ Wales side will face a ‘Battle of Britain’ tie in the next round against Michael O’Neill’s Northern Ireland side that qualified despite their 1-0 defeat at the hands of Germany on Tuesday evening. Wales won their Group on Monday night after beating Russia 3-0 and watching England being held to a draw by Slovakia.