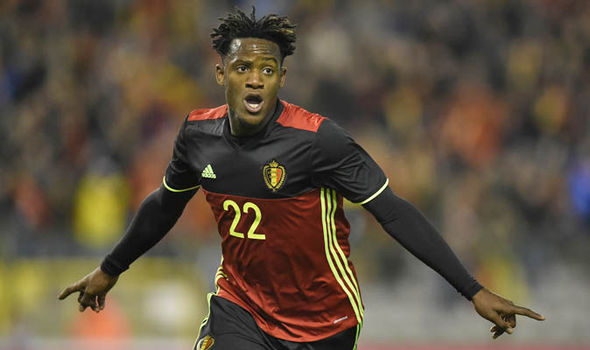 As I said in the last column I wanted “If I owned the club” to be the person who revealed the current transfer news as they have been a bit more involved with it all than I have in recent weeks.  This involvement however means that they are currently busy but they have assured me that they will write a column tomorrow.

This is my current understanding of the transfer situation.  We have a number of bids in for forwards, wingers and defensive midfielders. I would estimate it to be five forward targets within the offers submitted.  This of course does not mean that we will sign five forwards but that we are seeing what happens with each of them.

I believe we have submitted an offer for Batshuayi.  The club will not want to pay anywhere near the money that Marseille are demanding or that is being quoted in the press(£30m+).  Whilst there has always been an interest in the player, the club felt that his form and progress really tailed off towards the end of last season and perhaps now he isn’t worth the originally quoted transfer fee. Marseille must sell him soon, so West Ham do not want to be held to ransom over this price and will continue to negotiate. This offer could be used to panic Lyon and/or Lacazette into accepting our terms quicker and us for a lesser rate in case we do then sign Batshuayi instead and call his bluff.

Zaza- is someone who we have tracked for a long time and I believe this tracking has led to a bid too.  The club have been watching his games in the Euros and this transfer is unlikely to happen until Italy’s involvement in the competition is over.

Lacazette- is a player that we have had a lot of contact with over recent months.  I have reported and followed this story for a while in my columns and I am not aware of the situation changing much over these last few days despite reports of a new £40m bid being submitted.  The club are still not confident that he can be persuaded to play for us and at the moment they hope that by bidding for other forwards including Batshuayi it might force Lyon’s hand a bit and make them lower their demands. DS is a master in the transfer market.

Bacca- An offer for the player is still on the table.  Bacca was away at the Copa America tournament in the USA and the club have had scouts there watching him.  Colombia were eliminated by Chile on Wednesday night.

Benteke- There is still an interest in this player and I believe an offer may have been submitted here too but a decision will not be made until he is back from the Euros and will depend on the other forwards.  I know this isn’t a popular choice but I actually believe he is a lot better than some fans perceive and would perform well under Bilic. Like the Zaza deal this is another forward target that we will not push through with if other offers come through.

We continue to work on the Tore and Hutchinson deals as well.

I hope the column has covered your transfer needs for now and there should be more updates tomorrow.