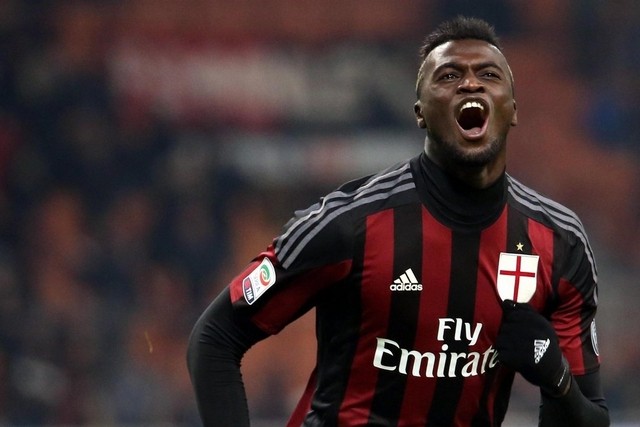 According to Calcio Mercato, AC Milan striker M’Baye Niang wants to move to the Premier League this summer with West Ham United his preferred destination.

The report claims that Everton are prepared to pay £14.6million for Niang but that he prefers a move to West Ham due to their participation in next season’s Europa League.  M’Baye was also linked to Leicester City over the last few weeks but with Jamie Vardy electing to stay at the club they are more focused on other targets at present.

It remains to be seen if Bilic would fork out the cash needed to secure the forward’s signature, especially if the club are intent on continuing their pursuit of main targets such as Michy Batshuayi or Alexandre Lacazette and the fact that Niang has been targeted by the club before to the point of meeting David Sullivan and not really impressing him in transfer talks, as exclusively revealed by our very own ExWHUEmployee.

It really depends on whether the player has matured over the last 1-2 years but as a cheaper alternative, Niang could be an option for the Hammers as they seek to build a squad capable of reaching another level next season and beyond, plus the player has the versatility to play in either of the wide forward/wing spots as well as centrally.

The 21-year-old suffered an injury-hit campaign at the San Siro, first due to a broken metatarsal and then a muscle injury but in between he turned out 21 times for Milan, scoring 8 goals and providing 5 assists in the process and was a key cog in Mihajlovic’s side when he was available.

It is that form that has seemingly attracted West Ham manager Slaven Bilic’s attention; however with him being contracted to Milan until the summer of 2019 he will not come cheap if at all and maybe if there is serious interest in the player the club would look at the possibility of a loan deal with an option to buy and as David Gold has previously mentioned we will once again sign loan players with options this Summer given the success with Manuel Lanzini.