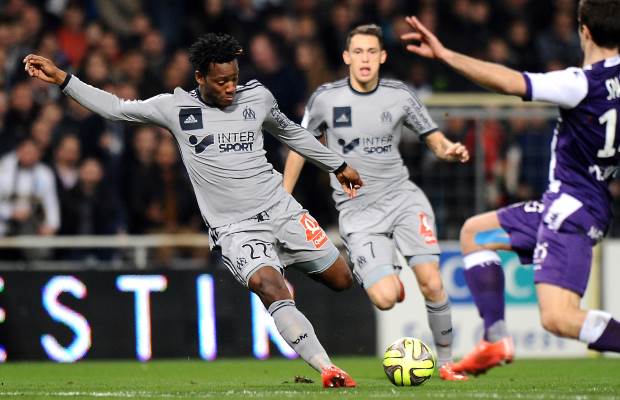 It was confirmed tonight via various French media sources including L’Equipe that Chelsea had swooped in with a late offer of €40m for long time West Ham target and current Marseille striker Michy Batshuayi.

This bid has now been accepted by Marseille and various other sources including the Guardian have confirmed that the Belgian international striker has agreed personal terms and will have a medical for Antonio Conte’s new regime prior to Belgium’s game against Wales on Friday.

This seemingly comes as another blow to the club who have publicly stated their intention to bring in a top quality striker to strengthen Slaven Bilic’s squad for the 2016/17 season in their brand new stadium.

They have been pursuing Alexandre Lacazette without much success over the past month with at least two reported rejected offers for the Ligue One hot-shot as Lyon stand firm on their reported €52m asking price and it also remains to be seen whether Lacazette would consider a move to the club.

There has also been a rumoured offer for Carlos Bacca at AC Milan, and interest in Mauro Icardi across the city at Inter Milan and Simone Zaza at Juventus, but to date the club have been frustrated in their pursuit of the Serie A stars.

The question now is whether the club will make one last attempt for Alexandre Lacazette or whether they will move down their list and pursue alternatives in an attempt to sign the 20 goal a season striker that they seek.