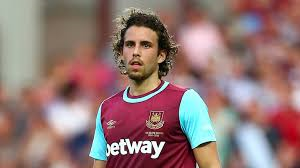 If I owned the club I reckon we may have had our striker already, or we would be closer.  I will cut the board some slack, as I do not think Batshuayi is a superstar or someone who will get 25 goals.  110k a week and 38m euros is huge money for someone who only got 17 goals in the league last year!!  Chelsea came in and how do you really compete with them?  Michy has also said he wanted to stay at Marseille and feels the need to stay there as he is not great every game.  This is worrying, as you want someone who wants to come and has confindece in their ability.  For me he is far from top of the list and if we could pull one of our other targets off that would be better.  The more I look at Bacca, the more I think he would be a great addition.  If we sold Enner, Bacca would be a perfect replacement.  He is fast, small and can score goals – he has done so his whole career.  Janssen would also be another player I would look at and he is the best value for money.  Of course people still talk about Lacazette and Benteke, however I think they’ve gone too quiet recently and can’t see them joining.  However the other two I would be over the moon with.

I spoke in my column last week about who I would get rid of at the club, so I will do that now.  Doneil Henry, Stephen Hendrie, Diego Poyet and Elliot Lee are the players from the under 21’s that for me have no future at our club and won’t get a look in next year.  Henry is one of seven CB’s at the club and I cannot see him getting in the team, and therefore it is unfair not to find him a club.  I’ve seen him and for me he is not premier league standard!  Hendrie is someone I feel sorry for, but he has struggled to make the grade at the top level, although I wish he could as he would be a perfect back-up. He did very well at Southend (loan move), however Bilic has shown he does not rate him.  I am pleased to see him get a loan move to Blackburn so he can go and prove he is good enough to be a back-up.  Poyet is someone we have had for two years and someone who has also struggled. I watched him during our games against the Maltese side and also the Andorran side, and in both he failed to impress.  He was also at MK Dons and Charlton, and both teams got relegated to league 1.  Sadly I think he is a championship player!  Lee has left and for me that was the right decision – he was someone the fans loved but he could never really do it when he went out on loan.  He should have been someone special, but sadly didn’t turn out that way!

Other players in the first team I personally would let go would be Sakho and Enner.  Both for me do not get enough goals!  Sakho also wants to leave and has had a troublesome time in his personal life.  For me the last thing you want is someone that doesn’t want to be there.  I think we may have a problem with Obaing and Tomkins; it has been spoken about that they may want to leave and both are far from starters under Bilic.  However, I would imagine that both want first team football and both can get this at a high level.  Personally I don’t believe Tomkins going is the end of the world, due to Burke and Oxford coming through!  Kouyate and Nordtveit can both play CB, and therefore there is no shortage. Obaing for me would be a loss; I personally rate him highly and cannot see us getting better than him as a back-up.

I hope you enjoyed my column.