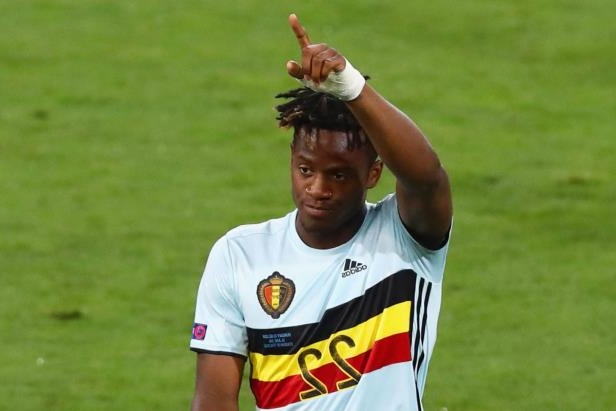 Hello again to everyone reading this, my last one of these was more of a re-cap on what had been going on and who we had signed so far. We have signed three players so far, if you include Lanzini, and all are very good players. We are still in the search for a few more big players. We have also signed some youth players; all three could be great in the future and potential stars for the club.

The Batshuayi situation was a big blow, as we had had a bid accepted from Marseille but Chelsea came in for him. Of course the player wants to go to Chelsea due to his wages being greater and their more recent history of winning lots of trophies. Personally I’m not sure it’s the right decision as Chelsea is a hard place to go as a new player – you have to hit the ground running with a lot of pressure on your shoulders.

It’s important to remember that of course there are more targets.  As we work to complete them we want everyone to be happy from Tony Henry to Bilic to DS. If you are spending £30 million the worst thing to do is spend it on a flop and we want everyone to have full faith that he will not be. Of course the fans are starting to get angry which does disappoint me, as over the last three years, our transfer record has been one of the best in the Premier League in my opinion. It does hurt me that I can’t really say much more than that but everyone is trying and I can’t tell you what is happening just yet. I promise when the season starts the team will be ready and will have a great striker to go with it.

Deals are taking their time and if I ran things maybe things would be different, however whether I would be more successful I’m not 100% sure about. DS has been in this business for 24 years now and overall has done a fantastic job. He turned Birmingham into a club that finished 8th in the Premier League with a great stadium and West Ham have just started their transformation. West Ham has fantastic potential and in a few years time I believe 99% of footballers will want to play for West Ham.

I go to the OS and it really is incredible, the size is breathtaking! It honestly should be amazing next year and I feel the whole club will follow suit.  I feel it almost has already! The OS has the best facilities, better than any other stadium! I went last Tuesday for a look around and it’s truly sensational. I went pitch side and was blown away by the size and I’m sure with 60,000 fans there every player will be impressed.

At the moment it is frustrating and for no one more so than DS as of course he wants what is best for the club. In every tweet I get people think they know the answer and 99.9% of the tweets, unless they are ridiculous, we have tried to pull off.

As I said before there are reasons that you will never know as to why deals don’t happen or things don’t work out.  It wrongly makes people feel like it’s easy to buy and sell players! I can assure you it’s the hardest thing in the world. I have 100% faith in DS to pull something out of the bag and I really feel you should too!