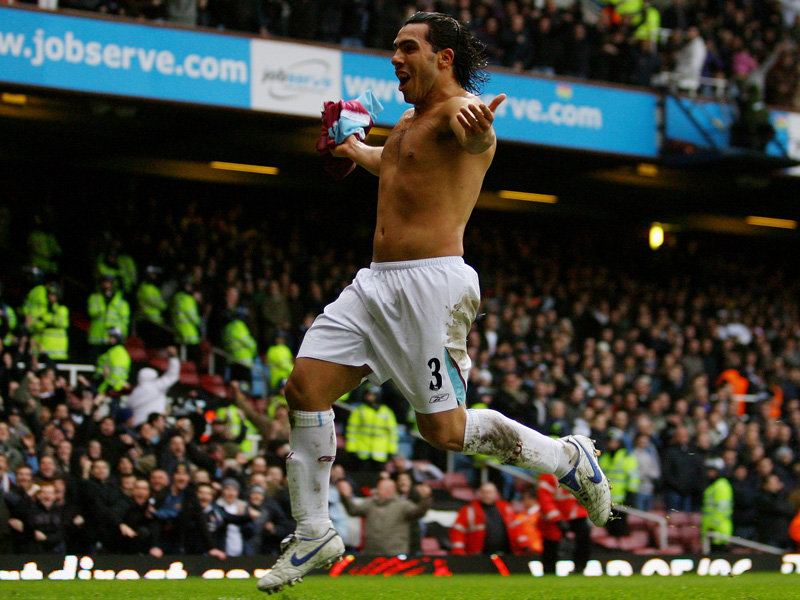 Here is our daily feature.   Before I start I am pleased to announce that myself and SDCC have a very exciting weekly joint collaboration about to launch in two weeks.  I really am buzzing about it and I hope it is a new feature that you will all enjoy. More information will come in the next few days.  So over to the transfers.

Carlos Tevez to West Ham – I decided to reveal through tweets (back to the old school) two days ago that we had offered a “substantial” deal to bring Tevez back to the club.   It was out of the blue but I was responding to a question that was asked to me.  With a lot of the more “sensational” stories comes the “rubbish” comments, probably at least twenty that day! Earlier today Jack Sullivan confirmed this to be true and now it has been turned into an “exclusive” by a number of journalists.  The facts of the “exclusive” articles are correct though.  We offered Tevez £150,000 a week to return to the club as he was seen as the perfect marquee signing to take us into the new stadium.  Tevez turned down the deal saying he was happy at his hometown club of Boca and would only consider a move here for £250,000 a week, a figure which would totally smash our wage structure so we swiftly turned the deal down and the rest is history.  This offer was not made in the last few weeks though as these articles would suggest.  We started to speak to Tevez in January and then again before this window back in May to see if we could persuade him.    Tevez Offer

Tore on his way – It is looking extremely likely that the Turkish winger Tore will join the club tomorrow.  He has been at the Spire Roding Hospital today for a medical and will complete the second part of this and his personal terms tomorrow.  The deal is initially expected to be a season long loan costing between £4m – £6m in fees.  This fee will then be deducted from the £13m that is the agree purchase fee at the end of the loan spell.  The Turkish club need to sell because they are close to reaching the Financial Fair Play limit and so were determined to secure a large payment before negotiating.  They had expected Tore to join West Ham in January this year and so his departure has been long overdue.

Bacca also close:  Whilst the deal for Bacca is nowhere near as close as Tore, it appears there has been progress.  Milan seem to have accepted the fact that he will leave the club now and we appear to be able to match their demands.   We also intend to offer him a very decent salary which would help to put us above a number of Spanish clubs in his priority list.   He is one of our top targets and we believe we can get him for around £22m.  We would then spend further money on at least another forward.  The forward could be Gomez as his initial fee would be a lot less than some of the other targets.

Payet to Inter Milan for £38m.  This isn’t going to happen.  Payet would not be interested in moving there and we would want more money than that.

Obiang to stay at the club:  As we reported in an earlier article on the site it looks likely that Obiang is now prepared to fight for his place at the club.  He has been told that he will play in Europe and be given the chance to cement his place as a first team regular.  It is believed that he has offers from Italy and Spain on the table but he wants to at least try for a place at the club before he considers a move.  His future may have been made a lot clearer by the fact that the club are losing faith with Besiktas and aren’t sure that we would ever reach a deal with them.  Personally I am pleased with this as I think Obiang was very good last year and is underrated.

Robert Green to Leeds:  Former favourite Robert Green has joined Leeds United.  There was some talk that we may offer him a deal should Randolph be sold but this is obviously no longer an option.

Cullen to leave on loan:  Having reported that Alex Pike is likely to join Charlton on loan yesterday, we are hearing today that Josh Cullen may earn himself a loan move either to a Championship club or back to Bradford.   Bilic is said to be a fan of Cullen and believes that he will make it in the game.

Brady to West Ham:  It seems a very odd move and one that I don’t think can be happening.  The player can play left back and on the wing but these are two positions where we don’t really need any players.  Yes we could do with left back cover for Cresswell but I very much doubt this will come in the form of Brady, despite what the bookies say.

Valencia to leave:  The club are starting to receive some offers for Valencia, notably from Italy.  These are mainly loan offers, whereas we want around £10m for him.   Bilic was impressed with him at the Copa America and had considered giving him a second chance, but if the right offer comes in I am sure he will go.

I have also been told that there has been some movement on a “surprise” target.  This target has not been reported before and the club are determined to keep it quiet for the time being.

It has been published on the official site but some people are still asking me; the home shirt will be launched on Saturday 16th July at the stadium with a number of other promotions.