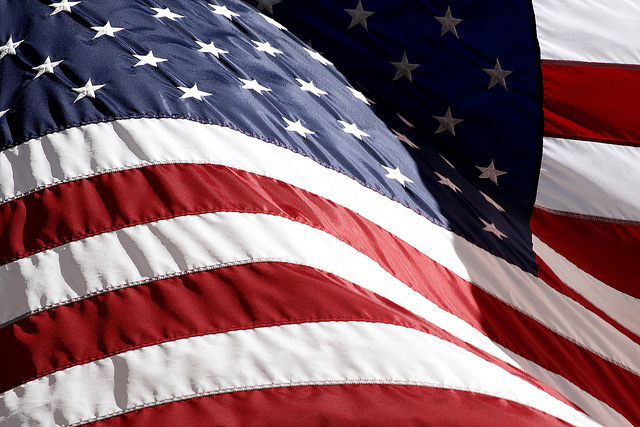 West Ham invaded Seattle.  And they truly didn’t know what to do with us.  A healthy mix of ardent American supporters and British tourists merged together on Tuesday to show their love of the claret and blue: It was a beautiful thing.  Americans, like me, loved the indoctrination of singing the songs, drinking with new friends from abroad, and making noise in the peace-loving city of Seattle.  And the English fans loved coaching the Americans on how it’s done.

“My mate here is banned from Upton Park, so we came down from Canada to see this match.”

First off, in America, it’s acceptable for a fan of one team to take a seat in the middle of the other team’s supporters.  He may endure some light banter, but he’s rarely at risk.  In England, that never happens.  In America a lot of our stadium stewards tend to be elderly men and women.  The steward in my section (right off the pitch, near the corner flag) was about a 70 year old lady.  Her supervisor was a little 75 year old man with wire-rim glasses.  He looked like a librarian.  Our section was about 60% Sounders, 40% Hammers.   Not the best ratio for the poor home crowd.

Once the large, tattooed lad from “the other side of the A12” started threatening the young, green haired Sounders fan, the sweet nan of a steward came to appraise the situation.  She called for backup, and three elderly stewards held a tribunal in the aisle to determine what to do. Eventually the supervisor sat beside Mr. Green Hair and counseled him to leave the large Englishman alone.

Her: “When we sing that bubbles song we always sound drunk.”

Mrs. West Ham American joined me for the Seattle trip.  She knows nothing of English football but loved the new friends from the UK, and loved a long day at the pubs and restaurants in the city.  We even trekked out to visit the hotel that the club was staying for the week.  Slaven wisely stuck his team in the most boring part of the city.  There wasn’t much of a bar in the lobby and the only fun activity we saw was a raucous Jewish wedding party in the ballroom.  I prayed that Carroll and Cresswell were in there dancing with the bride’s mother, but, alas, my dreams were dashed when I peeked in and saw no footballers.

“They are singing ‘We’ve got Payet’, but they only brought Poyet…shouldn’t they change the song?”

A low point of the match, but very funny point, was when we were down 3-0 late in the second half; one poor lad from London went on a loud vocal rant about how sorry our showing was.   You know that profane-laden rant your drunken uncle gives you when you ask him his thoughts on Roy Hodgson?  It was that rant.  The row of young school boys in their Seattle kits sitting beside him looked as if they had never heard such mastery of the “F” word before.  In America, we have profanity, but we use it a bit differently, and usually not around the kids, so much.  But I say exposure to new cultures is a good thing, and maybe those young lads learned something from their new friend.

At some point, we all felt it sure would be nice if Bilic would play Seattle with his usual starting XI, just so these MLS fools wouldn’t think that they really were a 3-0 better team.  That is a stupid idea, but late at night, stupid ideas rule.  As we exited the stadium there wasn’t any mouthing off from the Seattle fans.  I think they maybe were truly scared of the West Ham people, and they just walked away…wanting to avoid any trouble.  We were surprised to see that the Sounders had a marching band play as the stadium emptied out.

The next morning, I boarded my flight home.  Seated next to me and the Mrs. was an old bird with not one, but two little dogs on her lap. How does that happen on a five hour flight, in first class?  I told my fellow TheWestHamWay mates that they may be reading about me in the morning newspaper if I have to kill these dogs.  But they caused no trouble the entire flight.

Looking back on the weekend we were both struck by how much a family West Ham is.  If you are wearing the colors you are “in.”  It doesn’t matter your nationality or your station in life.  If you like the club, you have family all over the globe.  That is what makes us different from Manchester United fans or Barcelona fans.  Their love is often as deep as a bathtub.  To love West Ham, since it can be a frustrating proposition, your love has to be deep.   I thank all my new friends, both American and from abroad for welcoming us to the club. I hope to see everyone in North Carolina next week, and thanks for making Seattle such a great trip.  #COYI