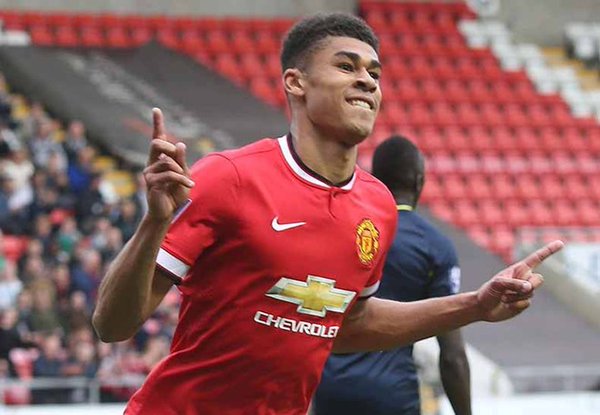 The 20-year-old has joined the Hammers on a four-year contract and becomes the sixth signing of the summer following the arrival of Havard Nordtveit, Sofiane Feghouli, Gokhan Tore, Antonio Martinez and Domingos Quina.

England U20 international Fletcher spent the second half of last season on loan at Barnsley, for whom he scored the opening goal in the Tykes’ League One Play-Off final victory over Millwall.

Fletcher stated “I am very excited to be here. West Ham are a massive club and I am just happy that I can come and further my development here.

“I think it is a Club with a lot of ambition. They have a lot of good players and it was a special final season at the Boleyn. They managed to finish the campaign very well.

“West Ham are a Club built on traditions of giving youngsters a run and hopefully I can get my chance as well.”

The young forward came through the ranks at Old Trafford, scoring regularly at U16 and U18 levels before scoring in the final three games of the 2014/15 season as the Red Devils clinched the Under-21 Premier League title.

Fletcher struck up a potent partnership with the highly-rated James Wilson during his time within the Manchester United youth set-up, impressing in both domestic football and the UEFA Youth League.

At international level, he scored on his Under 20 debut against France in November 2015, before partnering fellow Manchester United Academy graduate Marcus Rashford against Canada in March this year.

Both clubs will now finalise the terms of his transfer after his contract with Manchester United expired at the end of last season.