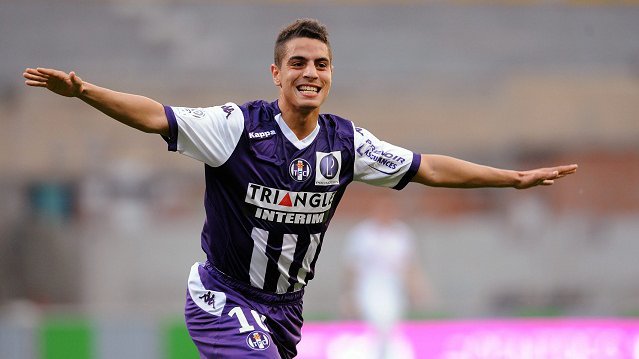 Here is the latest transfer and other news round up.

It appears that the launch has not gone down well with the majority of the fans.  I think the problem is that we are becoming too obsessed with transfers.  At no point was it ever said there would be a player signing announced at the launch and this appears to be the main disappointment.  It was a kit launch as in an event where the new kit is revealed to the public, which it was (although we had all seen it before anyway).  Why the staff had to sign a non disclosure form, like I said in my columns recently, I do not know.  If I did know the answer then the staff would have broken the non disclosure form that I was reporting.  I guess if you said to the fans, “There will be a comedian doing a rap, a freestyle footballer and the kit launch” there may not have been as much interest or hype which I think as a club we are sometimes guilty of doing; over hyping situations.

Ben Yedder is a name I have linked us with for a while now and it appears that we are very keen to get his signature.  The club believe he is a natural finisher and offers us something that we haven’t had for a while.  Another player who I have said is a top target is Calleri.   We really rate the player and are monitoring his passport and Olympic squad situation before we make a move.  The Bacca deal is as it has been for a number of days.  Our offer is in, it is the highest offer (despite people thinking the board are being tight) but Bacca is waiting to see who else comes in for him and he hopes some Champions League teams do.  At the moment it is a waiting game.

There is still interest in Rico Henry as left back cover.  The player has a lot of potential.  The club is looking to get another left back so that Cresswell has some competition and does not have to play every game.   Lewis Page will offer one option but the club are said to be looking for a second.

On my twitter account I detailed the falling out of Sakho with Bilic before the Arsenal game.  To recap Sakho stormed home and faked an injury because he didn’t get a start.  Bilic told him and Alex Song (who was involved in the incident) that they would not play for the club again.  The squad then decided that if the players apologised on the training ground they would be forgiven.  In the case of Alex Song he wasn’t going to play anymore anyway because of clauses within his contract but Sakho to his credit did apologise. He then went on to feature in other games including scoring in the final one at Upton Park.  His relationship with Bilic would never be the same.  Sakho isn’t happy with all the new signing talk and wants guarantees that he will play and of course we couldn’t give this.  The club are concerned with his injury record and think it is best to move him on, if he will pass a medical, before his injuries flare up again.  He has also handed in a transfer request and sustained an “injury” before the USA tour. We hope WBA or Sunderland will move for him soon.  He is now reported as saying he is not going to Austria with the squad. I think it is time to end this saga and try to move the player on as quickly as possible.  I am also going to throw this out there, and the West Ham Way writers in our GC on twitter can confirm I have said this before; I do not think Sakho is technically that good anyway.

I am lead to believe that the fixtures will be swapped around so that we play away first and at home second because the stadium will not be ready.  The club are apparently having difficulties with retractable seating and they have had to bring in different contractors to try and solve the problem.  They face a race against time to get it sorted before the Juventus game.