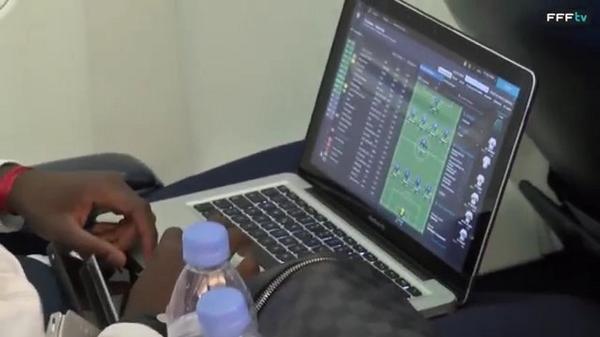 Hi everyone, it’s been a while since I have had to write a column and have a moan but after reading so much nonsense on twitter for the last month or so I’ve decided to have a rant!

The club have made several high profile bids for strikers, who for different reasons have pretty much turned us down. They were what you would consider ‘big names’ for us given the situation we are in, yet I’ve read loads of feedback from fans who seem to know where we went wrong in our failed bids.

Apparently we left it too long to sign Batshuayi and Chelsea pounced to sign him. What a complete load of rubbish! Signing a player (despite what many of you think) isn’t like football manager. The club simply couldn’t click a couple of buttons to fast forward the week. Chelsea would have been monitoring him for a while, and didn’t suddenly decide to sign him because they read on twitter that we had made a bid for him. The fact he joined Chelsea over us, is totally understandable.

In the case of Lacazette many have claimed it was simply a case of ‘giving him an extra 50K a week’. That isn’t how football works. Again, it’s not football manager with an imaginary budget that can be ignored. The club is run like a business, as is pretty much every football club. Gold & Sullivan aren’t hugely successful businessmen for no reason. Lacazette it seems is either holding out for someone like Arsenal or is happy to stay at his hometown club where he has champion’s league football next season. Again, totally understandable.

Carlos Bacca is holding out for Atletico Madrid, or maybe even Arsenal depending on what you want to believe. We have had a bid accepted and offered him a large contract. If he decided to join either of the clubs mentioned instead of us then why on earth is that the board’s fault?

Another theory I’ve seen a lot of people mention is that they are only putting in these bids for show, as they knew they wouldn’t get accepted. Do people who say that really believe it? After everything they have done for the club do people still think they don’t want the best for us? People almost liken the situation to a bloke being drunk at an auction bidding on things he can’t afford and doing it to look rich.

Which moves onto my next point. The constant moaning and whinging on Twitter about the fact we haven’t signed a high profile striker yet is bad enough. But the comments and sometimes abuse that is aimed towards David Gold and David Sullivan’s two sons is simply unacceptable. It is downright ungrateful in my opinion, especially on the back of such a successful season and with the move to the Olympic stadium literally round the corner. I can assure you that the owners are just as every bit disappointed as the rest of us are about our failure (so far) to capture a top striker. If they were only interested in taking the money then they would have already sold the club and made a fortune on their original investment.

Adrian, Antonio, Cresswell, Ogbonna, Kouyate, Payet, Lanzini and Sakho have all been signed in the last two years and are all pretty much first team players. Surely there is enough evidence there to suggest that the board/Slaven will get it right? If the transfer window closes and we are left with Sakho, Carroll and Valencia then I think a lot of the negativity could be justified but considering we are in mid-July I think a lot of people need to be more patient.

Whilst not quite as bad as what I have described above I keep reading people expecting the club to put in bids for players who are miles out of our league. Suggestions we should stick in a big bid for Griezman are completely laughable. Why would one of Europe’s hottest players leave a club like Atletico to join us? Cavani is another player we should be trying to make a move for apparently…….get real people, we cannot run before we can walk with these top players. It wouldn’t show ambition trying to sign either player, it just shows stupidity.

All this moaning and it almost gets forgotten that we’ve already signed some excellent players this summer. Tore, Feghouli and Nordvelt are great additions to the squad given that there were some very good teams also after them. The bottom line is guys, just have some faith in the owners/manager to get it right. If the transfer window closes and we still haven’t splashed the cash on a striker then by all means come and abuse me, but let’s wait until then yeah?