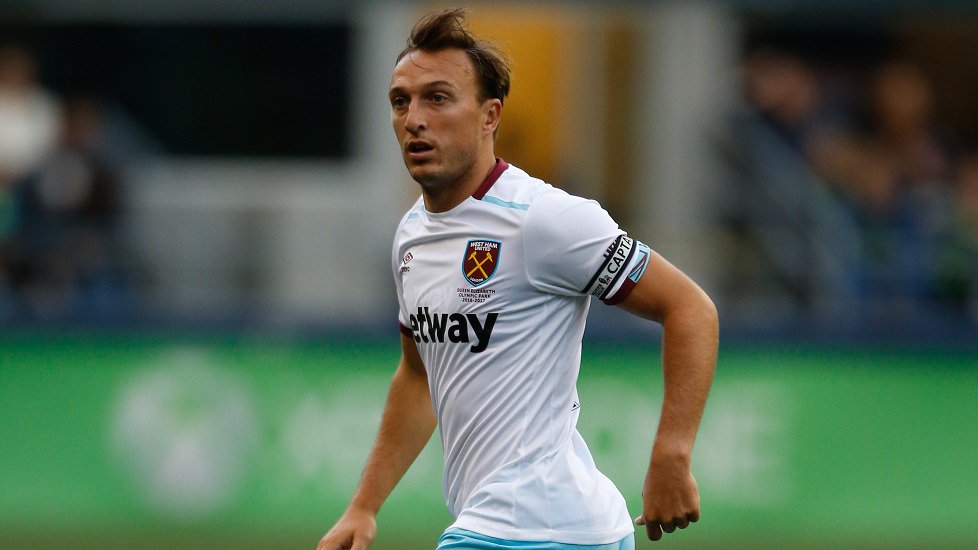 West Ham played their 3rd pre-season game this afternoon in the Stadion Rohrbach in Austria against their Czech opponents FC Slovacko.

The Hammers named a mixture of 1st team and development squad players in their starting line-up which included the returning Darren Randolph after his excellent exploits for Ireland at Euro 2016 in France.

The back four consisted of Sam Byram and Lewis Page at fullback and the (King of Bradford) Reece Burke and young 17 year old Irish youth International Declan Rice at centreback.  Captain Mark Noble anchored the midfield with Pedro Obiang and the returning Josh Cullen.  Summer signing from Valencia, Sofiane Feghouli started on the right wing with young Norwegian Samuelsen on the left and Enner Valencia made his first appearance of pre-season in the lone striker role.

The Irons started the game brightly and Samuelsen had the first sight of the FC Slovacko goal in the 12th minute but his header went over the bar after good work from Feghouli.   The Algerian was in the thick of things once again as this time he beat numerous men before setting up Valencia but his header also missed the target.

FC Slovacko had a decent spell of pressure for 5-10 minutes but never really troubled the solid Hammers back four or Randolph in goal.

The opening goal came on 37 minutes and what a cracker it was from the Captain.  Josh Cullen fed Martin Samuelsen in on the left side and he waited for the perfect moment to cut the ball back for Noble to smash the shot past Meca.

FC Slovacko started the second half the brightest and within 2 minutes they had the ball in the net but the referee blew for an offence the and the goal was disallowed.

Within 5 minutes Ashley Fletcher kick started his West Ham goalscoring career with an excellent header which beat Meca once again to his left to double the Hammer’s advantage over their Czech opponents.  This time it was the 16 year old Domingos Quina that set up the goal with a superb cross.

The Hammers more or less controlled the game for the next 20-30 minutes until FC Slovacko started to put some pressure on our back four.  With Noble and Obiang off the pitch the midfield looked a little light from a defensive viewpoint and the Czech’s side pressure told with two late goals to level the game at 2-2 after Randolph had been replaced by Raphael Spiegel.

Poor marking from a young Hammers’ defence allowed Eldar Civic to sneak in and pull a goal back for his side following a corner.

The east Londoners fell asleep again in the 89th minute and Civic grabbed his second goal of the game.

Although Slaven might be a little disappointed that his side didn’t hold on to win the game I’m pretty sure he’ll be really pleased by some of the performances out there, especially from Burke and Rice who were very solid for the 70 odd minutes they played together and the start Ashley Fletcher made with his goal and overall performance.

The Hammers won’t have much time to prepare for their next game though because it will be same time tomorrow against Rubin Kazan.