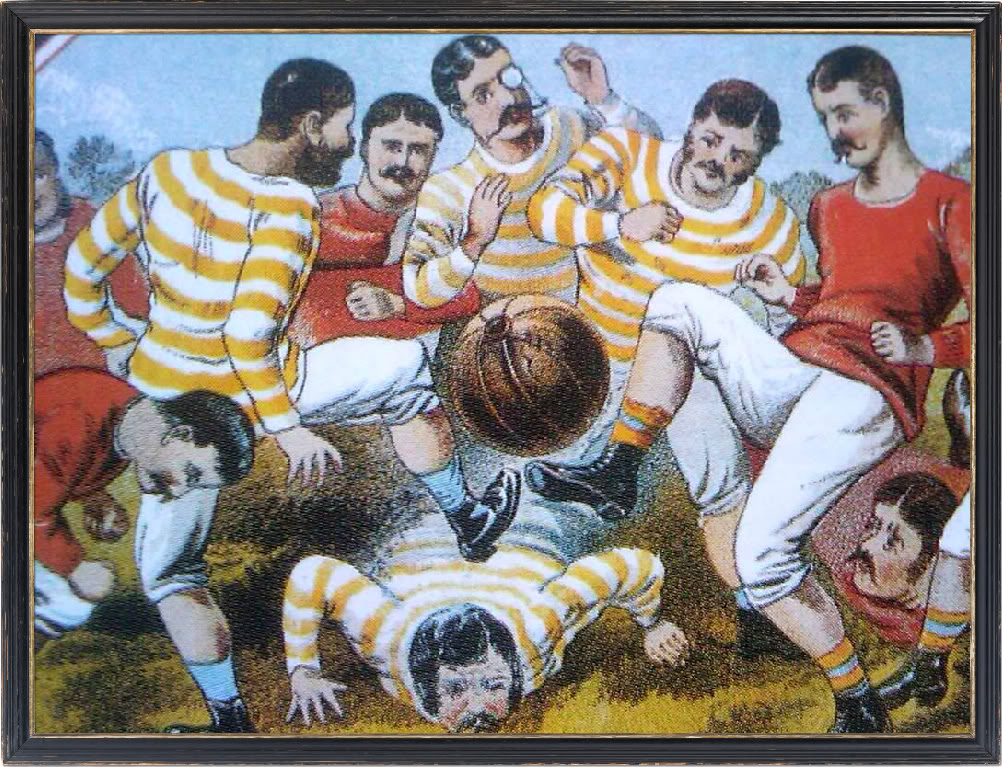 This is not an article written by ExWHUEmployee, we are simply publishing a story.

Bilic Plays 19th Century Football… And I Am Worried

In the late 19th Century when West Ham United was but a twinkling in Arnold Hills’ eye, football was a very different game.  In essence, you picked up the ball, you dribbled towards goal until you either scored or got tackled.  Then the next player picked up the ball and dribbled towards goal until he scored or was tackled.  Midfielders and defenders came later.  At the start, if you had to name a formation in modern parlance it would 0-0-10.

One of the key factors in West Ham’s England’s World Cup win in 1966 was that they let loose upon the world, 4-4-2, Alf Ramsey’s ‘Wingless Wonders’.  Everybody else at the time was playing 4-2-4.  This trend towards more defensive rather than offensive players culminated in Spain’s recent dominance and their ‘False Number 9’.  Look at the Euros just completed France with two of the best attackers in the tournament could not break down a team that defended, well, as a team.

Jose Mourhino was wrong.  Allardici was not playing 19th Century Football.  He was playing the ultimate 21st Century  game.

I loved watching West Ham last season.  I can’t remember a single team in the history of the Premier League that had as many goal scoring threats as we did.    We could potentially have 8 outfield players with a genuine goal threat of one kind or another.  Starting from the back, Cresswell, Antonio, Noble, Kouyate, Lanzini, Payet and whichever of the two strikers that were picked.

But that causes problems.  To defend you have to do so as a team.  This modern game takes a hell of a lot of concentration and unfortunately, our attacking players by their nature as attacking players do not have it sufficiently.  On the flip side, it is all well and good encouraging our fullbacks to maraud, but they need to defend first.  Cresswell spent most of last season in the opposite half.  Tomkins, bless him got all confused every time he approached the half way line.  However, I haven’t checked the stats, but I bet we were much more solid at the back with him in defence rather than Antonio.

This isn’t to knock Antonio who was one of my favourite players of last season.  But he isn’t a defender, he lacks the positional sense and the nous, knowing when to tackle and when to stand up and shepherd  the attacker outside.

You may be wondering why I am bringing this up now.  For all their faults and lack of killer instincts, we were lucky last season that our strikers would put a shift in. They would close down defenders, they would help out at corners and harass the opposition midfielders even if it was clumsy and got themselves booked!

99% of the transfer rumours this season have been for this magical (some would say mythical) 20-goal-a-season striker.    20 goal strikers as a rule, don’t put a shift in and don’t get their hands dirty as it were.  Once we get this striker, my fear is that it will imbalance the team.  We are already carrying Payet and to a degree Lanzini defensively.  We didn’t put teams to the sword last season and towards the end it started to come back and bite us.

I’m worried that we don’t have a back up left back. We only have one recognisable right back and he is unproven at the top level.  We’ve had consistent centre-back injuries over the last few years and now we’re relying on two kids (yes with huge potential) to be back up in that key position.

Our expansive, free-flowing footy was a joy last season.  But if they didn’t understand about Payet and Lanzini, but you can bet they do now.

Will Bilic adapt successfully?  I’m worried that our transfer policy is going to leave us short on the defensive side.  Bilic has hugely impressed me on many levels.  Not least his recognition of the need to change tactics after our indifferent home start last season.

I’m not worried about his ability as a manager, I’m worried that he will not have the options to be able to change tactics half way through next season if we get found out.  That could seriously undermine all the good work that has been done to this point.  Defensive mistakes cost us too many home points.  Bournemouth, Leicester, Norwich, Watford and Swansea spring to mind.  Have we forgotten? Nobody else seems to be worried!

19th century football isn’t an option, and neither for West Ham and our newfound way is to be ultra-pragmatic.  Attacking wise next season we are going to be spoilt for choice.  But we can’t forget how important the defensive side is and that is what I am worried has happened this summer.

If you disagree, let me know @apuvyas or pop into Planet Leasing in Loughton and have a chat.