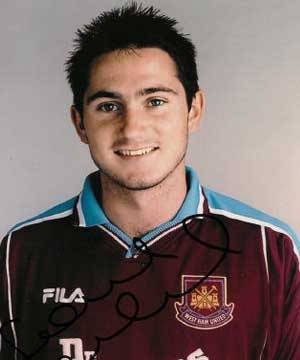 This is a fans blog by The Armchair Hammer.

I’ve endured many cold and wet Saturday mornings watching my son play football this year. It’s a bit of a labour of love I keep telling myself. But it’s not. Not really. If I’m being honest with myself, I enjoy going along to watch him play.

There are two reasons for this. Firstly, it’s great bonding time – you can’t beat a shared experience as a parent. But secondly and perhaps more surprisingly for those of you that haven’t witnessed it, football for U9s is actually pretty entertaining.

The FA has taken a look at how the Germans and Spanish train their youngsters and they’ve overhauled our system in recent years. When I was at school, which, admittedly, was a long time ago, we played on a full sized pitch with full size goals. The fastest and strongest of us would always stand out.

Now, thanks to the FA’s revolution, U6s play five-a-side football and pitch sizes, goal sizes and players on the pitch grow as the kids get older. It means that rather than seeing a lot of kick and rush football, the emphasis is now on ball skills.

By the time the kids reach the U9s stage, they are doing drag backs, Cruyff turns and step-overs. It’s marvellous to watch at times. With the rain hammering down, there’s still plenty to cheer.

What’s this got to do with the Hammers you may be asking?

Well, here it is.

British players coming through youth football within this new system are going to be very good. So good in fact, they’ll lift the bar way above the levels we see today. Now I’m not just talking about one or two top class players in a generation – but dozens – maybe even hundreds.

One or two of these players didn’t have the type of relationship with the fans that they should have, but I remember each one of them coming through the system and thinking, these boys are good. It was a great source of pride watching them develop and improve at Upton Park – becoming fixtures in the starting line-up.

However, seeing these youngsters move to other clubs was hard to take. Hammers fans had to watch these fantastic players blossom at other clubs.

I guess we could still cheer them on for England – and we did – with pride. Albeit with mixed emotions.

So that was then.

Now we have a new group of young players coming through the Academy that are sure to excite should they develop into the players we all hope they will be. With Tompkins leaving, Noble is likely to be the only youth product we have that will feature regularly in the first eleven next season.

We identify with our Captain. He’s one of us. A west Ham fan done good. How great would it be to see more youth products like him in the team – all schooled in the knowledge of what’s required of a West Ham player – Passion, Effort and Ability.

It will happen. I’m sure of it. The players that will be coming through over the next few years will be too good to ignore.

All good so far eh?

Well yes, except that this can pose problems of its own if not dealt with properly.

It takes a brave manager and a supportive Board to pick youngsters for the first-team. They are learning their trade. And the Premiership is an unforgiving place. If results drop, the temptation is always to drop the youngsters and go with experience. That’s not going to help with their development.

Suppose our manager is brave – and personally, I think Bilic is absolutely the right man for the job – and these youngsters go on to perform well and get to a level that interests other clubs. What then? How will the club react to big juicy bids?

The Chairman are trying to remove the stigma of West Ham as a selling club. Well, I think the time is coming where their mettle is going to be tested. Will they be able to turn down big money?

Personally, I think they will. And that positivity is echoed by the team here at The West Ham Way.

We can do our part too, in keeping hold of the youngsters.

Let’s support them as they come through to the first-team. They will make mistakes – but that’s how you learn right? If we make them feel like giants when they pull on the shirt – they won’t want to leave. There’s no better fanbase in the world when we get behind our players. Let’s not give them any reason to want to leave.

I’m looking forward to a time when we can keep hold of our best young talent. Watch them develop into first teamers and full internationals, and give us all an enormous sense of pride for years to come.

Hopefully, that time is now.