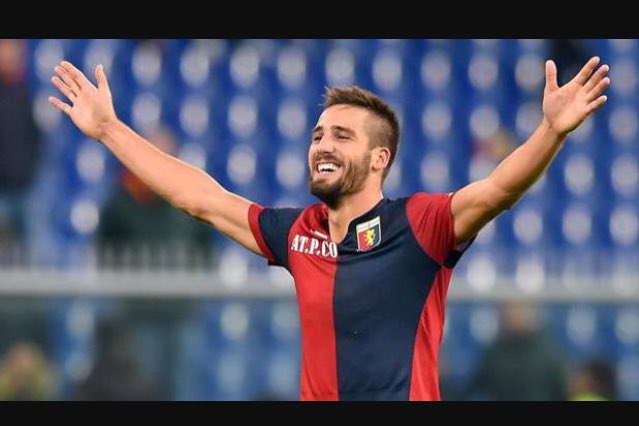 This week we have a Powerful goalscoring Italian striker.

A player who I think can do very well in the Premier League.

Scoring 14 goals in 22 starts including 1 as a sub in Serie A last season.

Leandro Pavoletti has really shown what he’s capable of.

His movement in the final third is very good, he is hard to mark inside the box and at times impossible to cope with in the air.

No player won more headers in Serie A than Pavoletti last season.

His Finishing is also very good, his determination to score goals and work hard for the team all make him a very good player.

He isn’t a player that has pace or is great on the ball.

However you play to his strengths, get crosses in for him in the air or he is clinical with his feet.

He is similar to Andy Carroll as in dominant in the air and flicks the ball on well.

But Leandro has more movement and is a better finisher in my opinion.

Where as Carroll would have the edge in the Air.

I feel he would be a very good buy, AC Milan were looking at him and a few other top teams months back.

Not a massive name but the big names are always very difficult too attract.

Finishing wise I’d say he would be a big improvement for us and great competition for Andy Carroll.