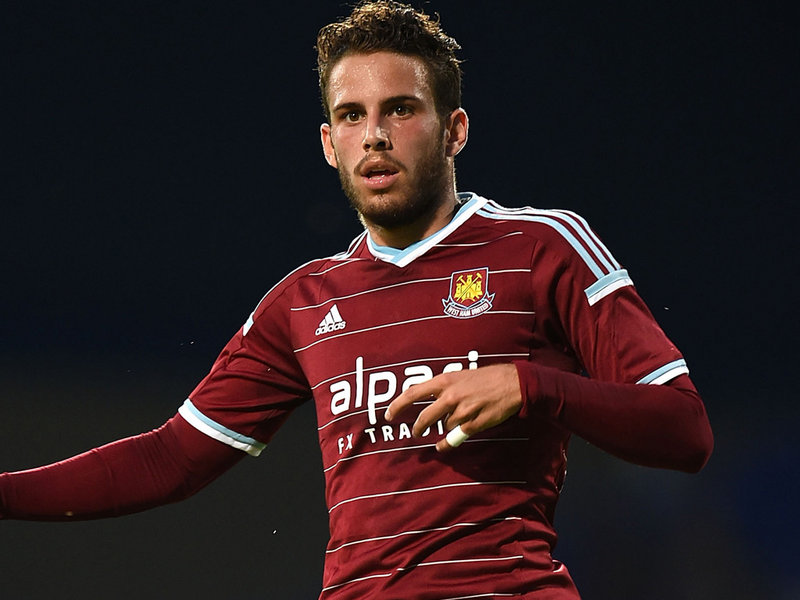 Sam Allardyce signed Diego Poyet for the Hammers from Charlton Athletic two seasons ago and at the time was seen as a good acquisition for the future.  Many at Charlton felt at the time that he left their club too early after an excellent season for the Addicks in 2013/14 and wasn’t ready for the step up.

It seems they may have been right.  Diego rarely featured under Sam Allardyce and despite a few appearances under Bilic in last season’s Europa League, he hasn’t played too much football in a claret and blue shirt.  Diego was hoping that he would be able to have a fresh start at the club this season after two disastrous loan spells last year and after playing briefly in the United States tour, he was left out of Slaven’s Austrian training camp squad and subsequently has now been omitted from the club’s Europa League Qualifying round squad.

He currently finds himself behind first team players Noble, Kouyate, Obiang and Nordtveit battling for defensive/central midfield positions and it would seem that even the likes of Reece Oxford and Josh Cullen have overtaken him as options for those roles under Bilic.

Poyet now 21, has two more years to run on his current contract with the club but at this point in time it seems that he may move on permanently this Summer rather than another loan spell to the lower leagues.