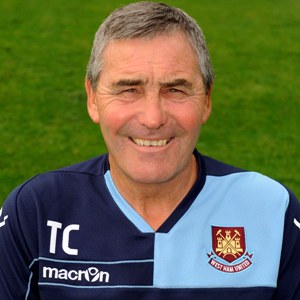 Just to be clear these are the views of David Sullivan Jnr and NOT those of The WestHamWay.co.uk, West Ham United or any of their employees.

After reading the headline in the Daily Mail I think that it is only fair that you hear the other side and the complete figures relative to the Tony Carr story. We have respected Tony Carr as a great servant for the last 43 years and I personally am very sad he has felt the need to go the press about what is essentially his retirement. It is worth noting Tony Carr is 66 years old, most men in the UK retire at age 65. So essentially he is just retiring. Tony also has a substantial pension, we cannot disclose the amount but I assure you that Tony is being very well provided for by the club.  So this £14,000 really is not what it seems.

Tony has earned over £1.6 Million since 2005. Many fans are not aware of this figure and I think it is hard to argue that this isn’t a fair wage and that he was not underpaid. He received hundreds of thousands of pounds from the testimonial we organised for him (which was a thank you for his service to the club) and when we brought Terry Westley in we gave Tony a 2 year fixed ambassadorial role at £210,000. As I said earlier he is now 66. These are the facts which make the £14,000 seem insignificant and I don’t see why these are not made public if the £14,000 was.

The main focus of the academy is to produce players of a high quality. Nothing had come out of the academy since Tomkins. James made his debut in 2008 and was the last academy player to get into and maintain a place in the first team. This left 6 years between 2008 and 2014 where Tony unfortunately brought no players through. Much like in any job or career the past has to be ignored and what becomes important is the future and it was clear a change had to be made. The Academy, plus young pro contracts (most of the latter fail) costs the club £6m/£6.5m a season. The Academy is £4.5m of that. So given the large costs of the academy it only makes sense for a change to be made if the results aren’t showing.  If we assume this figure stayed constant during the 8 years where no players came through it would have cost £48 million which virtually cancels out all of the sales of Tony’s golden era. We had to move on. Football is a results business.

Terry Westley, who replaced Tony Carr, has been with us for 2 years and has brought a breath of fresh air. During this time Westley has brought through the likes of Reece Oxford and Reece Burke and attracted many sought-after youth players such as Domingos Quina, Martin Samuelsen and George Dobson, all of whom will be pushing for first team football at West Ham United either this season or in the next few years.

What I do not understand is what I have just read in the Evening Standard – “Tony Carr urges West Ham to ‘not let it end this way’ after ‘paltry’ redundancy offer”. Tony said “The last thing I want is to feel bitter about how things have ended” – I find this very sad as West Ham United have only ever treated Tony well and with respect.  His wages along with his large pension in my eyes are fair and this is anything but a bitter ending.  All things come to an end and sadly nothing lasts forever.