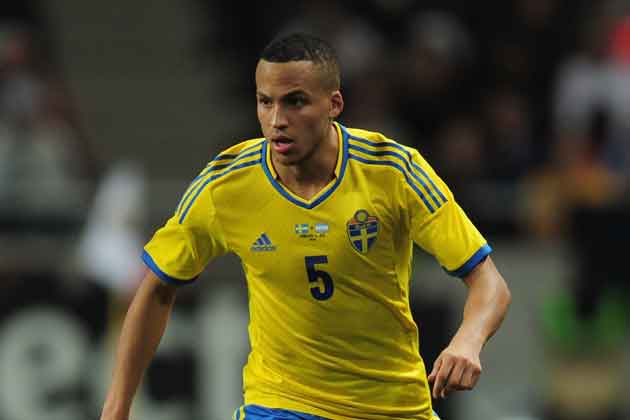 It has been a while since I have written one of these so there is quite a lot to cover.

Forward Situation:  There has been a lot of panic around us signing forwards and yes we have missed out on some of our targets but there is still no need to panic.

We should have Calleri officially confirmed as our player in the near future (I know I have said this for a  while now).  There has been a hold up finalising the deal because of his Olympic commitments so he hasn’t been able to come over and have a medical done but the club are still confident he will become a West Ham player soon. The original hold up was that he had to get an Italian passport so he didn’t require a work permit, and this has now been resolved.  It will be a loan deal with a given date to be reviewed by, to decide whether it will then be turned into a permanent deal.  A very similar situation to that of Lanzini.

We have made serious enquires about the Swansea forward and submitted an offer which we believe matches their demands.  The problem with the deal is that Swansea are seriously lacking in the forward department themselves and want to complete a deal before they sell him, a little similar to the situation that we were in.  Their fans are becoming restless as well so they are trying to manage the situation carefully before openly accepting our bid.  Claims that Swansea know nothing about our interest and intentions are just not true and you only have to read our Chairman’s comments about the bid submitted for an international forward in the Premier League to work out that it is him.  People have questioned why we will now be able to afford his wages when we couldn’t last year when we could have signed him on a free. The bottom line is we are happy to pay more now because he has proven himself in the Premier League.  He will not be an out and out forward but will get games there if needed.  The club see him as a similar player/role to Valencia, can play up top but more likely to be used as an attacking winger.  We hope to conclude the deal in the next week assuming Swansea start to play ball.

I am not sure where this rumour that we were announcing a marquee signing this evening has came from or that I will say anything different tonight-someone has misquoted me somewhere.  This is the situation; despite the large fee for Ayew he would not be the marquee forward.  It is fair to say that Bacca has still not turned down the club and his options appear to be limited elsewhere.  He may be “forced” into the move because Milan need to sell him to buy other players and he doesn’t have a great deal of options.  If he then still decides not to join us I can see us making a move for Benteke of Liverpool.  He has still yet to join another club and like Bacca, he is keeping his options open.  David Gold is a big fan.  The Bacca situation is an interesting one but he really is the club’s first choice and until he says an outright no we will keep hoping.

WBA have always been the front runners for Sakho and appear to have submitted a bid of around £10m plus clauses which will take the deal up to around £16m, which really is a decent amount for someone who has caused a fair share of problems in recent months.  The main concern is whether he will pass his medical or not; the club hope that he will but there are concerns about his back especially.  Berahino has been talked about as being part of the deal but the club are worried that with his attitude they could be taking a big risk and prefer Ayew for the role.  The other potential problem with the deal is that Sakho may see himself as “better than WBA” and like Bacca try to hold out for another club.  Liverpool did at one stage show an interest, plus a number of French and German teams and he may wish to keep his options open.  The handy thing about him handing in a transfer request is that he has now stopped himself being owed any loyalty payments.

We have a number of targets for the left back role.  The main criteria that the board wish to have is someone who has played in the Premier League and is experienced.  This rules out the Manchester United youngsters who have been linked and foreign based players with no Premier League experience.  Gibbs on loan was a possibility but it appears Arsenal do not want to sanction this as they have their own concerns in defence.  We have approached Robertson of Hull but our initial offer was rejected and we do not want to spend over £10m on the player.  We also bid £8m for Norwich’s Brady but were told that Norwich want £12m for him and that this is not what we would be prepared to pay.  Whilst we were there with Norwich we also enquired about Olsson and were greeted with a more realistic option.  He hasn’t been getting in their team because of Brady and therefore his valuation is a lot lower.  This is again someone who we have approached in the past and were very close to signing him before we signed Cresswell. For me Robertson is first choice and if that fails Olsson will be an alternative option.

The club moved quickly this week after offers were submitted for our second choice keeper.  Randolph was becoming aware that other clubs were interested so we tied him down to a long term deal and have promised him opportunities to make the goalkeeper position his own this season.   These will come notably in the cup competitions and if he proves himself again he could challenge to start in the league.  I believe this is healthy for the club.

The new shirt is due to be released in the next few days (some say tomorrow) and will be very much based on our first ever kit with modern changes to it.  It looks really nice and is arguably the best one of the lot.

He is excited to be returning to the club’s training on Monday and there is no intention to hand in a transfer request.  The club have said they will do all they can to hold onto him and this is still the case.  I do not believe he can play on Thursday as he wasn’t registered for the first leg but he should play some part in the Juventus game.

We will have our first live radio show which will air this Wednesday at 7pm.  We have no special guests this week as we intend to chat about a range of things instead.  The show has been top in a number of charts now and we really are grateful for your support.  We have an extra special show planned for transfer deadline day with more information to follow.

Evan, Baz and George will be launching West Ham Way TV at Thursday’s game so please come and chat to them. Our August fanzine is being created now so don’t forget to order.  We are also looking for more advertisers for the site so please get in touch.  After this I will do a Q and A session on our forum at 11 to clear up any questions you still have after this.