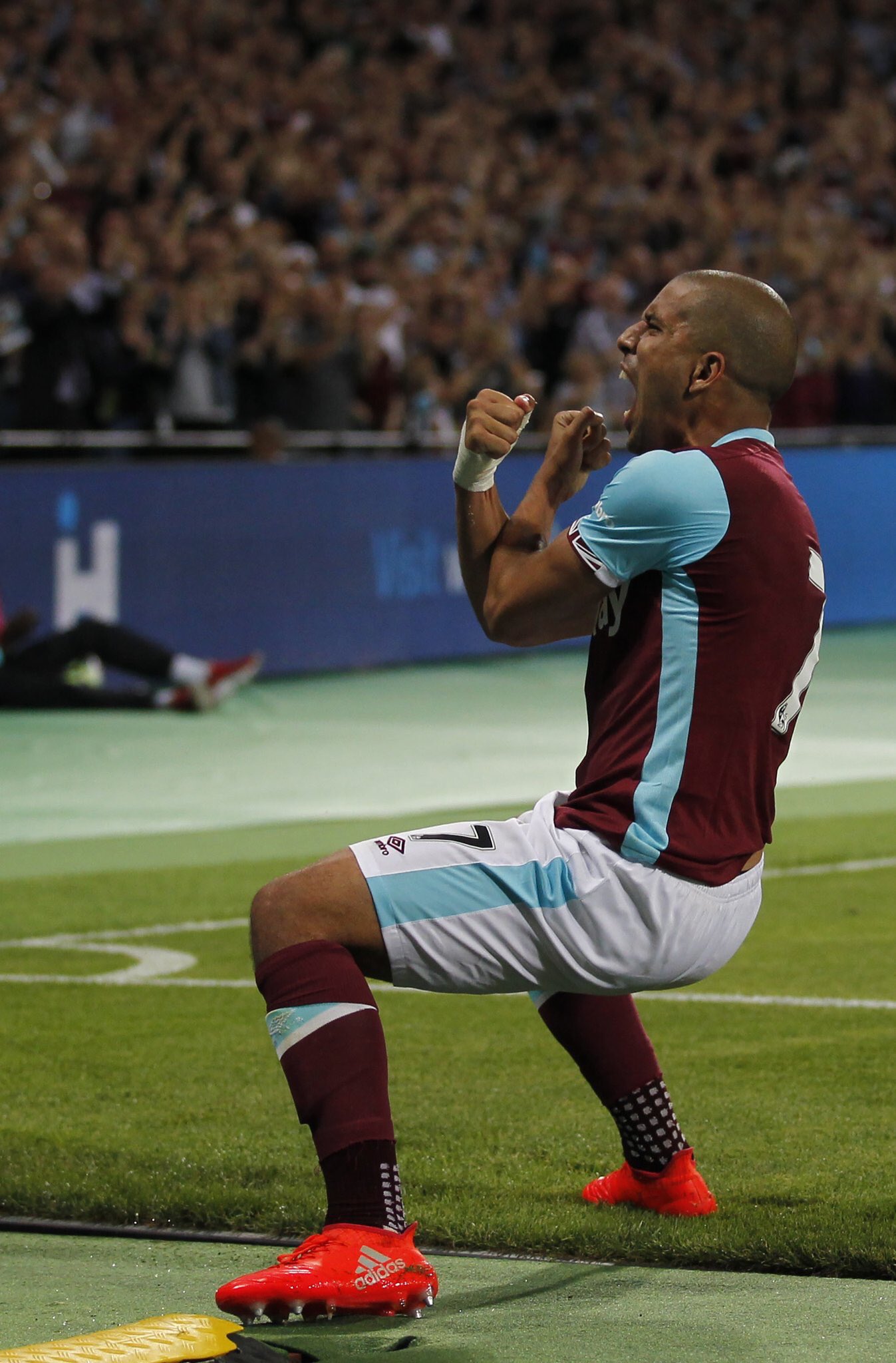 West Ham had a great start at the London Stadium tonight, with a 3-0 Europa League qualifying win over Slovenian side NK Domzale in front of a capacity 54,000 crowd.

Cheikhou Kouyate scored twice and new signing Sofiane Feghouli opened his account as the Hammers, who left Upton Park at the end of last season, secured a 4-2 aggregate win to reach the play-offs for the group stages of the competition.

It didn’t take long for the players to settle into their new surroundings, with Kouyate grabbing his slice of history with the first goal after just eight minutes.

A superb lofted pass from skipper Mark Noble sent Enner Valencia racing through, although he had to check his run to evade sliding right-back Alvaro Brachi. Valencia cut the ball back to Sam Byram, who made a mess of his shot but the ball bobbled as far as Kouyate for a simple back-heel from six yards out.

Kouyate grabbed the second in the 25th minute when Andy Carroll nodded down Michail Antonio’s cross into his path for a neat, low finish.

After the break Feghouli headed narrowly wide before Valencia squandered a gilt-edged chance with a horribly sliced effort.

Domzale knew one goal would force extra time but they could only muster up a couple of forays into West Ham territory, with Benjamin Morel firing their best chance wide.

Instead, with nine minutes remaining, Algerian winger Feghouli raced onto Noble’s pass and crashed in the killer third to prolong West Ham’s European adventure and, more importantly, ensure a winning start at their new home.

Slaven Bilic made one change from the side that lost 2-1 in Slovenia with young Reece Oxford coming into the back four and Havard Nordtveit moving into midfield to replace Pedro Obiang.  That change proved pivotal as Reece produced a commanding performance throughout at the back and Nordtveit looked far more comfortable in the defensive midfield role which then also allowed a lot more freedom for Cheikh Kouyate and he duly obliged with the first two goals of the game and I believe the first double of his career.

The Hammers will now be listening keenly to the Playoff Round draw tomorrow which will be screened live on UEFA.com at 12.00 midday where they should face one of the 22 teams below.