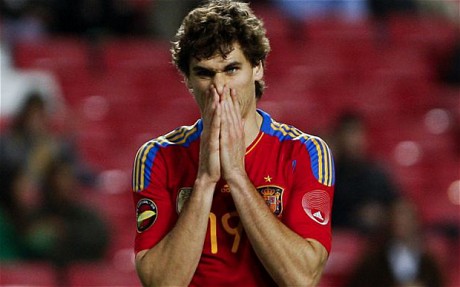 A lot of the information here is an update of what was covered in our hour long radio show on Wednesday.  Of course things have changed since then but if you want to hear me talk about most of these deals in more details then tune in here:  http://www.phoenixfm.com/2016/08/03/the-west-ham-way-show-3/

Davide Santon was due to sign for us, albeit if he passed a medical.  The medical was scheduled for yesterday and today with the hope he would be able to figure against Juventus on Sunday (as was reported regularly on the site and our radio show).  Towards the end of the medical yesterday there started to be obvious problems with his knee and this was further confirmed with additional scans today.  This hasn’t really came as a major shock to the club as he has already failed two medicals recently with Sunderland and Napoli.  The club are clearly disappointed but were prepared for this scenario.

When I reported the move to WBA you will recall I wrote a tweet with praying hands that he would pass his medical as this has been a long term concern of the club.  His injury record is very clear and well documented and also his problems this pre season too.  He hasn’t been to any of the tours with the club and he hasn’t really been keeping himself in shape.  The medical failure was due to a severe lack of match fitness and WBA not wanting to wait that long before he could feature.   Despite Bilic saying he could still play a part for us (covering for a worst case scenario) the club do really want him to move on now.  He has lost the respect from pretty much all involved with the club for a while now and it would really take a lot to persuade them all to forgive him, which is something they initially did after the Arsenal match when he made a group apology on the training ground.  We have brought him back from training away from the club and put him on an intense fitness regime so that he can be sold before the window closes.  We may be able to persuade WBA to come back in for him but Crystal Palace and Swansea could be persuaded (as well as some clubs from abroad) if he can regain match fitness.

Ayew could be completed by and presented at the Juventus game:

Again something that has been well covered in my columns and radio show is the situation with Ayew.  His move to the club was very much dependent on Swansea signing another player upfront.  They have completed the signing of Spanish forward Llorente.  This now means that Ayew is free to join us.  He has made it very clear to Swansea that he wants to join us.  He has agreed terms with us, his agent is very close to the Sullivans.  He should pass his medical (although as we know this is not guaranteed) and be there at the Juventus game.

Due to his options becoming less and less Bacca is now more open to a move to us.  He really is our top target and the club wanted to hold on for as long as possible to secure his signature.  Milan looked to have finally secured an investor and it is believed Bacca wanted to discuss his future with them as well before finally coming to a decision.  If he does join and at the moment it is still unclear then we need to just forget the delays and welcome him here. There are some other forward targets that are lined up should Bacca not move.  These targets have been covered by us in the past and could be easily picked up should Bacca finally confirm 100 percent that he wont join.  (I will be so glad when this is all over)

Left Back situation:  Of course Santon is now not an option.   The plan had been for him to play left back against Juventus, Byram to switch to right back and Antonio be pushed on further.  This is now obviously not going to happen.   It is believed that the club will go back in for Olsson of Norwich and offer an additional clause to swing their acceptance.  Should this fail then the have a back up plan too of a new target.

Calleri:  As soon as Argentina are out of the Olympics he is set to join us pending a medical.

Payet:  Bilic agreed for Payet to have an extended break from the club after his heroics during the Euros.  He will be back in full training next week having returned today.  It probably comes too late for him to start in the Chelsea game but he could be back in the starting eleven for the Bournemouth match.  He is still said to be very happy at the club.

I hope to get further updates on these transfers tomorrow and I will write another column then! People seem to want me to break new names each column.  I will not make up news for hits, these columns are intended to bring you as factually up to date as possible.