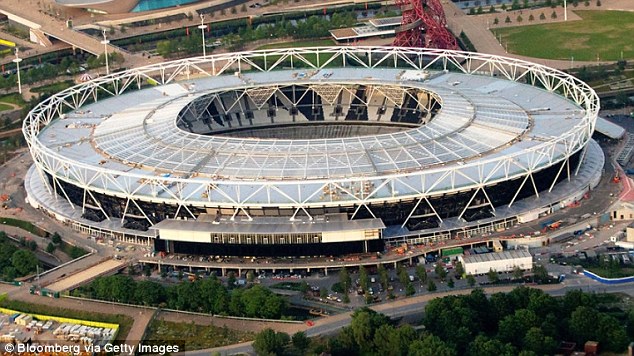 The Myth Of The Free Stadium: Busted by Joe Doran.

Since the announcement that London was to host the Olympic Games some eleven years ago, talk of West Ham and the stadium has rumbled on, largely in negative manner. These issues people hold are less to do with logistical problems, and more to do with the legitimacy of the deal, both surrounding the principle of an individual club being given the obvious economic boost of a stadium built with public money, and then in more recent times, the terms of the deal itself. As I write this, we have just dispatched of NK Domzale, are just days before our showpiece opener against Juventus, and have a full Premier League season looming large. With such high-profile fixtures taking place, the stream of ill-conceived criticism the club faces seems to be growing ever stronger. So, in response, I thought I would set out in layman’s terms, why I believe this deal represents the best interests of both the wider country and West Ham United FC.

First of all, let’s tackle the idea of the stadium itself, and what it was built for. The ‘London Stadium’, as it is presently known, was built as the centrepiece of the London 2012 Olympics. The organisers touted London 2012 as an ‘Olympics of regeneration’, with a commitment to delivering a world class sporting celebration, whilst keeping sights firmly fixed on the future and ensuring that any new infrastructure built would serve a purpose and its community, long after the Olympic flame was extinguished. Now, at this point, I could go into statistics as to how effectively the Olympics did this, but I feel that is better left to other articles and reports already out there, I shall link them at the end of this piece. However, the key overarching point is that in order to fulfil this remit of serving a purpose and continuing to hold value to the community beyond pure nostalgia, the London Stadium requires tenants. If you, like me, have wandered around the Olympic Park in the last few years, the need for attractions is blindingly clear, as there actually isn’t a great deal there. Several thousand jobs are being created in new high-rise office blocks over the road from the bustling Westfield Centre and thousands of students are housed nearby, but as soon as you get to the stadium, one can’t help but notice the lack of people utilising the area. It is for this reason that the deal in place suits the public, as the stadium will house a local institution in West Ham United for approximately 25-30 days a year, and whilst not limiting the stadium from use in other capacities, such as athletics or concerts, means it has been quickly regenerated and given a guaranteed basic attendance and income for the next hundred years.

The talk of income brings us on to the finances of the deal. I think it is important here to separate the deal with the club from the money used in the original construction of the stadium. The London Stadium, as we know, was built for an Olympic Games which has generally been touted as one of the most cost-efficient Olympics ever, though we won’t truly know if it brought London a profit for years to come. What we are dealing with here is the aftermath of the games, and the legacy which the LLDC promised to the Olympic Committee and the people of London, so I see it as largely irrelevant to include the initial build costs in this argument. It’s worth appreciating the number of stadia built for showpiece events before being left to rot having served their purpose (Brazil 2014 and Athens 2004 are prime examples), so it can only be a good thing that the government is willing to spend to make sure the stadium does not go this way. Nonetheless, we can all accept the fact too much money has been pumped into this stadium once it is all aggregated, though I think much of this comes down to the frankly foolish error to build the stadium without the amenities necessary to make it functional as a venue for football, which it was fairly clear from an early stage was its future. The cost of this poor planning was a rather significant £272 million, a fee which will be almost covered by West Ham’s initial £15million investment, and 99-year lease at £2.5million a year. Now, at this point, you might question how it can be argued that this deal represents financial sense for the general public if West Ham’s total rent doesn’t cover the conversion fees, especially considering that the taxpayer is footing the bill for much of the stewarding and even smaller facilities like corner flags. But it is imperative to remember that, there are other avenues for the taxpayer to recoup money from the stadium. It is widely acknowledged that much of the money from any naming rights will go back into the public purse, as well as some 70% of the food and drink sales on match days. Additionally, West Ham will pay further fees should they require the stadium for additional cup and friendly games (of which last night’s match against NK Domzale was one, and Sunday’s visit of Juventus is another). Finally, it should be acknowledged that West Ham’s rent essentially pays for the regeneration, in return for approximately 25-30 days use per annum (8% of the days available in a year), and the stadium remains available to generate income for the taxpayer in the remaining 335 days. This, and the continued regeneration of the Olympic Park, in which West Ham’s presence is important, means that the deal creates huge opportunity for financial gain for the public, whilst guaranteeing at a minimum that the money invested in the stadium will be returned, should that opportunity not bear the fruit expected

At the absolute worst then, it would appear (in basic terms) that the taxpayer will break even, and at best have a strong continued income from a stadium which has already served its primary purpose. Additionally, it will now become a cultural centre in what will (hopefully!) be a vibrant, busy Olympic Park, thus avoiding both the shame and expense of dismantling a poorly-thought out white elephant. Equally, however, West Ham will feel the deal is futureproof from their side of the agreement, as the rent drops by £1million a year should they be relegated. They also are not forced against their will to share a stadium they own with any other teams or interests, and are not responsible for ensuring it is fit for their use as part of that share. Renting means they are allowed to make the stadium feel like home, with none of the responsibility. As far as I can see, this is a financial deal that wholly suits both parties

Finally, we come to the ethical issue of one club feeling the benefit of what is, after all, a publicly funded venture. Yes, there does seem to be something a little distasteful about West Ham getting to rent a state-of-the-art stadium for minimal outlay when other clubs do not have such an opportunity. Unfortunate though this is, I think this has to be put down to being situated in the right place at the right time, and by proposing a plan which allows the LLDC to deliver its promise of holding athletics and other events at the stadium. Had West Ham, Tottenham or any other team been allowed to purchase the stadium outright, this would’ve seriously impacted the LLDC’s ability to properly accommodate athletics, which when we put our football fanaticism to the side, we can all acknowledge, deserves a place at the London Stadium.

So then, have West Ham got one of the deals of the century? If all goes well, absolutely. They are renting a stadium developed especially for their use, at a minimal fee. However, any suggestion that they have got a “free” stadium or “taxpayer funded” stadium is preposterous. We had a taxpayer funded Olympics, and West Ham are renting a timeshare in the potential white-elephant that was left over from that summer, and in doing so, providing it with a stable, long-term income. Where other tenants and events may come and go, the public can rest assured that West Ham will remain and ensure the continuation of this new London landmark. The fact of the matter is that this deal is in the best interests of the club, the LLDC and the taxpayer. It is my personal belief that whoever tells you any differently is either not looking hard enough at the facts, or looking too hard for something to criticise.

Now let’s focus on our job as the fans, which is to make it feel like home.

Additional reading, if this has piqued your interest Articles used for reference: http://www.telegraph.co.uk/football/2016/04/14/olympic-bosses-reveal-west-ham-stadium-deal—including-25m-annu/