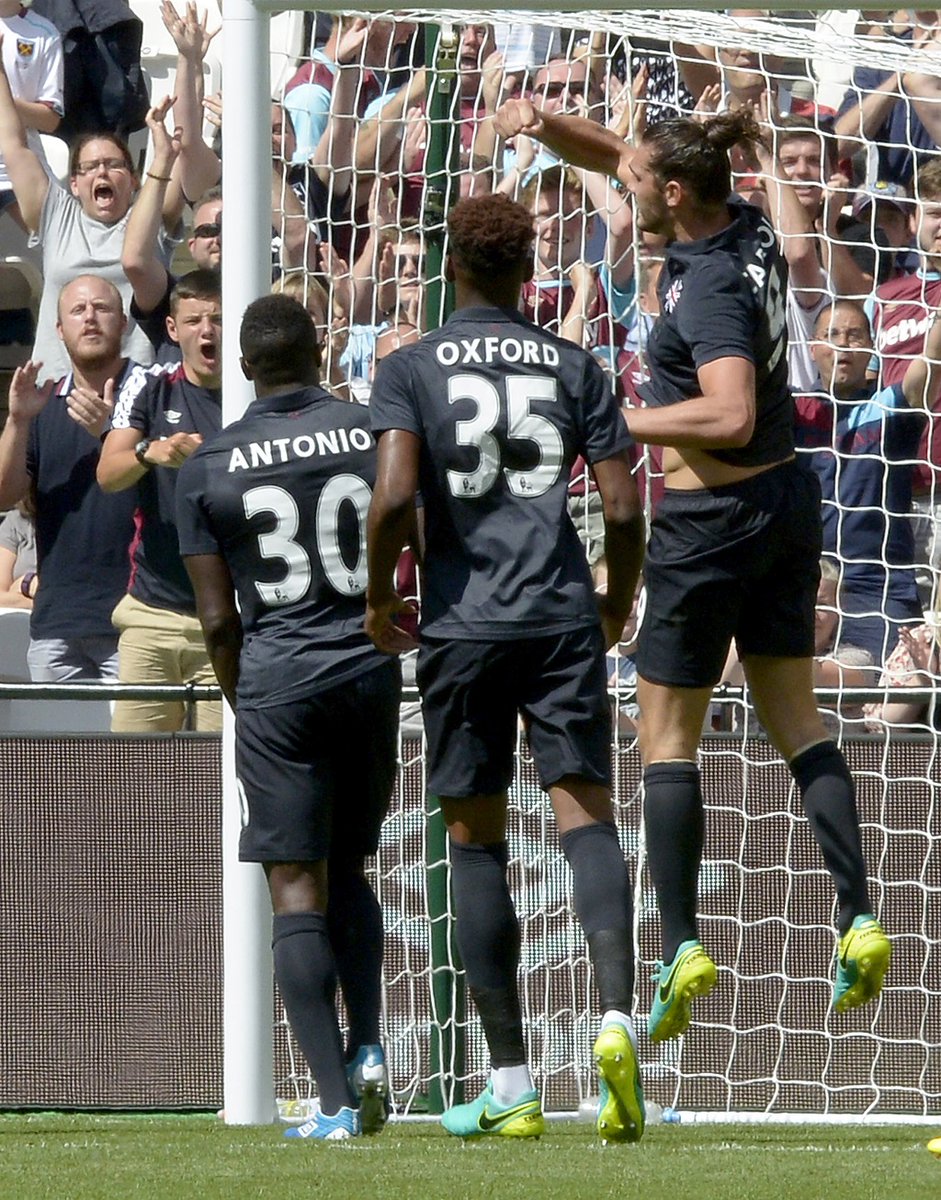 The Hammers officially opened their new Stadium this afternoon with a narrow 3-2 defeat against the perennial Italian Champions, Juventus in front of nearly 54,000 fans.

Although they lost the game, Slaven Bilic will have plenty of positives to think about this evening including Andy Carroll who showed his qualities once again with two goals against the Juventus backline, Havard Nordtveit who excelled in a defensive midfield holding role and the performances from young players Josh Cullen and Sam Byram who had to play out of position once again.

But Carroll, who was a constant threat to the Juventus defence helped the Hammers get back into the game with two goals either side of half-time.

The Hammers could have opened the scoring after 18 minutes following a mix-up in the Juventus defence. Josh Cullen passed the ball into the path of Enner Valencia who struck a low shot against the post.

Juventus immediately raced down the other end and opened the scoring as Mandzukic headed the ball into the path of Dybala who fired the ball past Adrian from close-range.

Juventus doubled their lead on 21 minutes when Dybala got the better of Winston Reid and squared the ball for Mandzukic who had the easy option of knocking the ball home.

The Hammers could have found a way back into the game on the half hour mark when Sam Byram showed a great piece of skill to dispossess Dani Alves then flick the ball up and fire a volley which flew inches past the post.

Byram was directly involved in the action once again on 34 minutes when his cross fell perfectly for Carroll who saw his close-range header produce a great save from Buffon as he tipped the ball onto the post.

Carroll refused to give up and showed his determination by sliding the loose ball over the line.

Juventus somehow failed to make it 3-1 in the 38 minute after Mandzukic’ close-range header was superbly saved by Adrian.

The rebound fell to Sandro who saw his shot superbly cleared off the line by Carroll and then Benatia saw his shot cannon back off the bar.

The Hammers drew level on 52 minutes when Mark Noble’s free-kick fell perfectly for Carroll and he showed his aerial dominance once again by leaping above the Juventus defence and powering a close-range header past Buffon into the corner of the net.

This might have been a pre-season fixture, but both teams seemed determined to find the third goal and Juventus came close on 82 minutes when substitute Hernanes saw his free-kick clip the top of the bar.

The Italian giants then secured the winning goal on 85 minutes when Luca Marrone played a high ball over the top of the West Ham defence. Substitute Zaza took the ball down with his left foot and struck a powerful shot into the corner of the net.

Manager Slaven Bilic confirmed to BT Sport prior to the game that the club were very close to adding to their ranks with the additions of Andre Ayew from Swansea and Arthur Masuaku from Olympiacos and the latter was actually watching the game from the stands as pictured below. 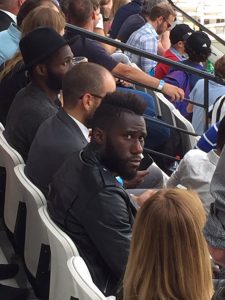