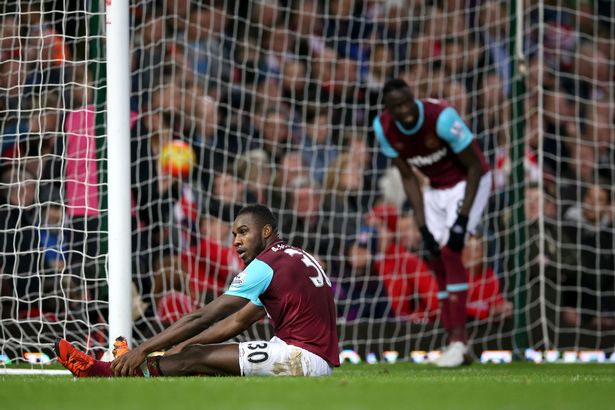 I think it’s fair to say that every West Ham fan’s heart melted when they saw Antonio leave the field last night, his face riddled with despair and frustration. At first, like most West Ham fans, I decided to trust Bilic with his decision to play Antonio at RB. However, since then, we have seen nothing but mistakes from the natural winger.

I have often made the case that Bilic doesn’t see Antonio as the way forward, in terms of his attacking unite. Look at the rest of our attacking midfielders: Payet, Lanzini, Tore, Feghouli and Ayew. They are all playmaking midfielders, who like to nip in and out of each other. Antonio is the complete opposite. He simply doesn’t pass Bilic’s checklist, he’s far too raw and direct for Bilic’s liking.

So where does this leave Michail Antonio? Surely now Bilic has realised he simply can’t play him at RB? For the record, I must say I was disgusted with the lack of respect Bilic showed Antonio after subbing him last night. Antonio doesn’t deserve this, he was-arguably-our second best player last season. Not only has Antonio been denied a chance to play a huge role in our attack this season, he has (almost) been replaced by Tore, Feghouli and Ayew. He must be thinking “what more can I do?”.

I love Michail Antonio, but if I were his agent I would be telling him to reconsider his position at the club. This situation is a lose-lose. It isn’t fair on him, it’s tarnishing his reputation, and it’s not fair on the team, who are paying the ultimate price for this foolishness. No one is benefiting from Antonio playing RB. Of course I don’t want Antonio to leave, but for the sake of his career I honestly think he should already consider moving on. Unless Bilic reassures him that he will be getting the chance to play plenty of first team football as a winger from now on.