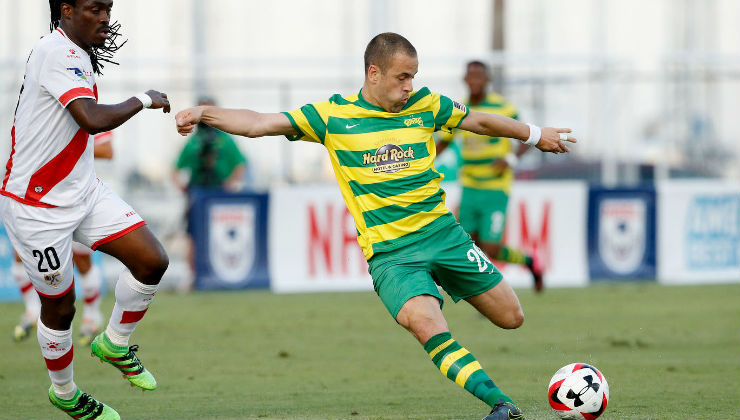 Update on the Cole Boys

From time to time I like to give West Ham Nation some insight as to Joe Cole and Carlton Cole’s careers in the United States. Joe is playing for a small club in Tampa, Florida; the Tampa Rowdies.

In the past week, his club fell 1-0 to the Canadian side, Edmonton FC, after a 73rd-minute penalty kick served as the deciding action of the match. Cole did almost equalise two minutes later but his lone shot on target was corralled by Edmonton Goalkeeper Matt Van Oekel.

He was able to score the previous week as his club lost 3-2 to the New York Cosmos. Joe Cole currently has five goals and four assists in his 13 appearances in the American second tier of football.

Carlton Cole’s new club, the Sacramento Republic makes its home in Northern California. The club has had great success as of late; however, Carlton has yet to report to the grounds as he has had some delays with the status of his work permit and travel visa. Saturday the Republic defeated the Portland Timbers Development squad 4-0. Sacramento currently sits at the top of their conference table.

We at ‘The West Ham Way’ will update you as to when Carlton is able to actually join his new club.