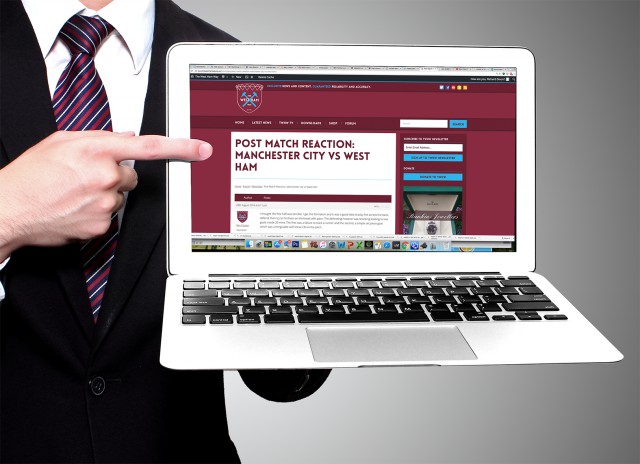 One week today, the final day of the 2016 summer transfer window will be in full swing. With that in mind, it’s hardly surprising that the rumour mill is in overdrive. Until our sources tell us otherwise, please remember we’re simply rounding up the latest rumours from the Internet. Nothing confirmed, simply wrapping up the best of the rumours in one place. Ex will do as he does and elaborate further should the need arise.

The Best Of The Web :

He also reveals that either Dimitri Payet or Manuel Lanzini could be on the bench for the Astra game although are unlikely to feature, with our game against Man City looming on Sunday.

One for the future – Martin Samuelsen has put pen to paper on a new four-year contract.

Co-chairman David Sullivan is recovering from heart surgery earlier this week. David Gold took to twitter to wish him well and said he could be well enough to attend our important game on Thursday. All of us at The West Ham Way send our best wishes for a speedy recovery to Mr Sullivan.

West Ham scouts are set to watch the Genk vs Zagreb match tomorrow, with the player being scouted rumoured to be Wilfred Ndidi.

The Guardian are reporting midfielder Edimilson Fernándes, currently of FC Sion is set for a medical at West Ham ahead of a proposed £5.2m move to The London Stadium.

West Ham favours Simone Zaza over Wilfried Bony and are ready to test Juventus with an offer this evening. (Credit @DiMarzio)

Our game tomorrow vs Astra is to be shown on BTSport4 with former Hammers Trevor Sinclair, Dean Ashton and Don Hutchison providing the analysis pitch side.

Edimilson Fernándes has arrived in London, unclear whether his medical will take place this evening or tomorrow. All riding on him passing his medical as the clubs have agreed a fee and terms between West Ham and player already agreed. (Credit: @ironsfacts).

Aston Villa are interested in signing the man unpopular with sections of our fans, Enner Valencia. (Credit The Mail). The Telegraph since reporting Villa have had a bid turned down as West Ham want to have a replacement in place before letting him go.

Reported West Ham target Daryl Janmaat has left Newcastle and signed for Watford for a fee of around £7.5m.

27 is the number to look out for in tonight’s league cup 3rd Round draw which will take place on Sky Sports after the Accrington Stanley Burnley game this evening.

I hope that’s got you all up to speed. The aim of us all at The West Ham Way is to bring you the latest, most up to date news all day, every day.