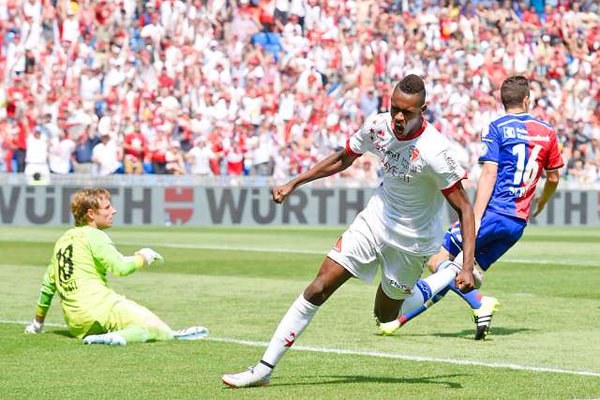 As we brought to you yesterday, a deal for the permanent transfer of FC Sion’s Edimilson Fernandes is edging ever closer. Having first mentioned him some time ago in relation to the club’s now-abandoned pursuit of Sion team mate Moussa Konate, The West Ham Way’s very own ExWhuEmployee can report that the talented Swiss Midfielder is currently undergoing a medical ahead of the move, and will be in attendance for tonight’s game against Astra Giurgiu.

Fernandes, recommended by Tony Henry, would arrive courtesy of a £5.2million fee paid to FC Sion, where the 20 year-old has spent his entire career, making a total of 48 appearances and scoring twice. As an attacking midfielder, The arrival of Edimilson Fernandes, cousin of former Manchester City midfielder Gelson, does come as quite a surprise as West Ham are already rather well stocked in the attacking midfield department. However, it seems that the 6ft 3in Swiss has been recruited to provide alternative options to the system presently preferred by manager Slaven Bilic, which tends to focus on fluid, interchangeable passing players. Due to Edimilson’s apparent stature and technical ability, he is expected to be able to operate within this current system, whilst also being able to offer a more direct approach as an imposing presence in the opposition half.

It remains to be seen whether this arrival could spell the end for another West Ham midfielder, most likely Pedro Obiang. Obiang has been subject to interest from AC Milan in the past week, and despite vowing to stay and fight for his place, it is not inconceivable that Obiang might decide he would prefer a move back to Italy for first team football at the San Siro.