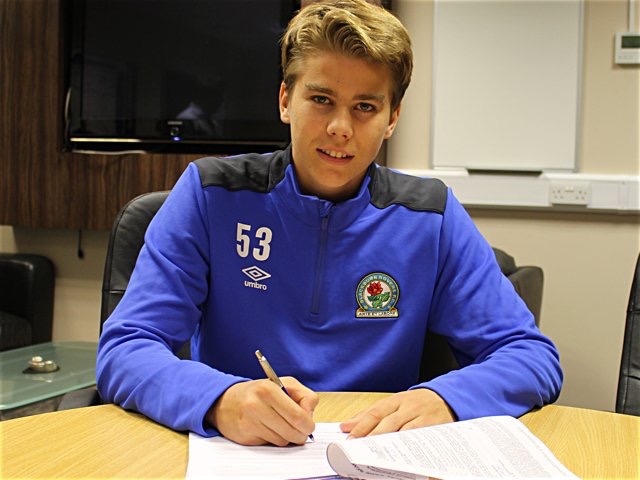 After interest from many clubs and recently signing a new four-year contract with West Ham, Martin Samuelsen has joined Blackburn Rovers on a season-long loan deal.

The Norwegian started his career aged 14 playing for Norwegian side FK Vard Haugesund, then after being scouted by many clubs including Chelsea and Real Madrid, he chose the following year to join Manchester City’s youth set-up. This led him to play regularly in the Elite Development Squad for three more years before joining West Ham United in June 2015. Samuelsen scored on his debut during a friendly match three weeks later against Peterborough United. However, his professional debut for the Hammers was five days later at Upton Park in the Europa League second round qualifier against Birkirkara being subbed on in the 59th minute.

In November 2015, it was announced the skilful winger would join Peterborough United on a one-month loan deal. The 19-year-old’s first goal for “The Posh” away at Sheffield United perfectly demonstrated just how special this youngster is. With the game drawn at 2-2, Samuelsen picked up the ball close to the right touchline produced a quick step over past one player then weaved past a further three before slotting the ball into the bottom corner for a fantastic finish, the game ended in a 3-2 win for the visitors. His skill and hard work saw his loan extended until the end of the 15/16 season. He ended the season with two goals from his 20 appearances for Peterborough. This loan gave him much-needed first-team experience and was a great learning curve for the youngster.

Samuelsen has represented Norway on a number of occasions at youth level and has recently been called up to play for the Norway senior team.

I personally feel the season-long loan to Blackburn Rovers will be helpful for Samuelsen to perfect his game and experience first-team football within the Championship. He is a very skilful, pacy and talented youngster who works hard, so the more experience of different leagues, managers and styles of football he can get, the better. He has the potential to be a top player in the future and clearly benefits from being loaned out, as seen from his time at Peterborough.

West Ham United have the opportunity to recall Martin in January if the need arises.

Martin will wear the number 11 squad number for Blackburn. We all wish him the best of luck for the season.