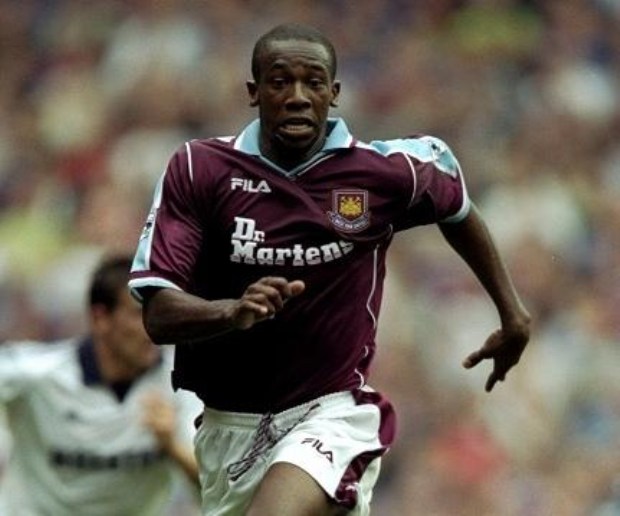 So as I’m writing this nursing a hangover from hell and still miffed at our awful performance last night we could be on the verge of another record signing.

Simone Zaza looks to be joining our ranks from Juve. The first player I’ve seen who seems to suffer from a leg stutter. Will he be a success? We will have to see, probably after a 4-5 month layoff once he picks up an injury before he even kicks a ball in anger, knowing our luck!

I thought I would look back at some of our forward signings that haven’t really been that successful.

Signed from Walsall where he scored an impressive 63 goals in 147 appearances. Kelly who suffered from a hip disorder in his childhood had already represented the Republic of Ireland despite playing in the third division. It’s fair to say that ‘Ned’ didn’t have the best of time with us only managing 7 goals in 41 appearances. He was one of John Lyall’s last signings as he was sacked the following summer due to our relegation.

So bad we signed him twice. His first time with us saw the part time model score 4 goals in his brief spell which only lasted 12 games. To be fair he was signed to cover for the injured Trevor Morley who had been stabbed by his wife! Following our promotion and the return of Morley saw Dowie sold to Southampton. He returned in 1995 and in 3 seasons 69 games he managed 9 goals! Oh actually 10 but one was for Stockport! He also played upfront with another part time model Dani, I wondered where Ben Stiller got his idea for Zoolander!

Signed from Portsmouth, Lee managed 11 goals in 51 appearances and was so awful he was replaced by a fan (Steve Davies) in a pre-season against Oxford. Davies actually scored in a 4-0 win for the ‘ammers.

Redknapp supposedly signed him on the back of watching a video tape of him playing (although Boogers refutes this) and we signed him for £1,000,000 from Sparta Rotterdam. In his first match he came on as a substitute and then proceeded to take Gary Neille out waist high and got sent off. He apparently went missing for a few days after that and following a misunderstanding from a telephone conversation between a PA at West Ham and a Clubcall reporter the Sun ran with a headline of ‘Barmy Boogers Living in a Caravan’! Marco suffered with a knee injury and played his last of 4 games in a 4-2 defeat to Villa.

I’ve already covered Florin’s 11 game career with us in a previous article so I will leave you with this little known fact. Florin is one of only two players to of played in Europe’s top five divisions (England, Spain, Germany, Italy and France)!

Samassi was signed from AS Cannes for £250,000. In three seasons he played 22 games and scored 5 goals. I can remember him standing the wrong side of the post defending a corner and using the F word on Soccer AM!

Signed from Derby for £3.5 million the scorer of Derby County’s greatest ever goal (as voted by fans) Paulo managed 12 goals in 35 games. Probably one of the most frustrating player’s I’ve seen at West Ham he honestly went from ‘World Beater’ to ‘Panel Beater’ in a matter of seconds. At one point my mates and I were convinced he had a twin and it was a lottery as to which one turned up! Last I saw he had resigned as Costa Rica’s national manager due to an after match fight with a steward!

Signed with Rigobert Song from Liverpool at the age of 57 (roughly) Titi scored no goals in 14 appearances. On signing for us he spoke about how is was here to play and score goals which worked out well for the OAP.

Signed from Tottenham on a Free even though they paid £11 million for him, Serhiy only managed the one goal in 27 appearances. I think it’s fair to say Tottenham ruined him!

Arrived from Blackburn for an ‘undisclosed Fee’ probably a KFC bargain bucket! The overweight South African only played 11 games and failed to score. He received £1.5 million for tearing up his contract. Then shot down to Burger King to see how many whoppers he could get…. 385,604 apparently!!

The Mali international signed from Sochaux where he bagged 24 goals in 59 games. Despite scoring against Chelsea and Tottenham he only managed 4 in 34 for us. He never looked like recapturing his Sochaux form and he took himself off to Saudi Arabia.

I feel a bit bad for including him but 8 goals in 51 games is very disappointing. Despite his impressive record for Ecuador his confidence is about as shot as his ability to trap a ball! Think he leave and knowing our luck he will rediscover his form and probably score 20+ goals for his next team!