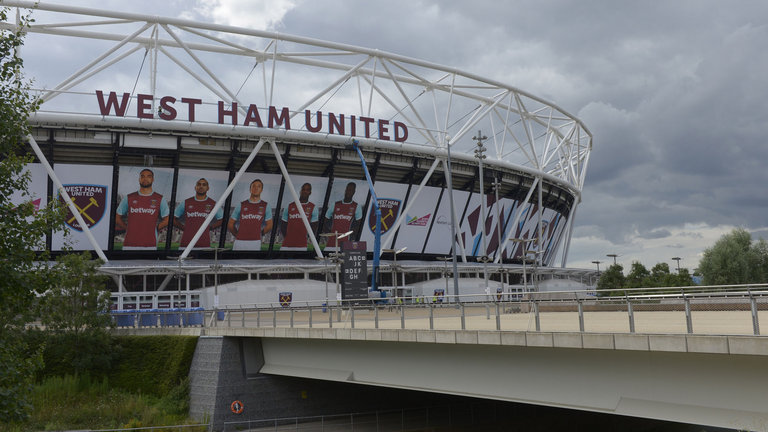 I finally got to go to my first game at the new stadium on Thursday.

Those who follow my articles and Facebook page (facebook.com/bubblesfanzine) will know me as quite a positive person, so I will continue to put a positive spin in this article as best I can.

First of all, I want to quickly touch on the game itself. Astra knew they were not the better footballing side and that they would have to play mind games and get under the skin of the West Ham players. Lessons from last year’s exit were clearly not learnt, whether that is down to the manager or the players, remains to be seen but every time the Hammers had any sort of momentum it was broken up by “injuries” to an Astra player or time wasting from their goal kicks and throw ins. West Ham did not know how to cope with the mind games and ultimately it cost them their place in the group stages.

I do not want to dwell on the game and result too much, we move on and aim for silverware in the cup knowing that 9 key players are due to return to the squad and once they do we will see a very top class West Ham side once again.

I didn’t know what to expect from our new home as I set off from Newport in Wales. My old match day routine was centred around pre match drinks at the supporters club and enjoying watching the queue outside Nathan’s pie and mash, the build up to the game was usually heightened by the crowds walking down Barking road and Green street, the smell of the onions frying from the various burger vans and all the other familiar sights and smells unique to that area.

I knew Stratford would be different to that but I didn’t understand to what extent it would be.
As I left Stratford station I headed right and walked across what I thought would be the main bridge but it turned out to be the one further to the left but I sill got the wow factor, as in the distance the massive stadium started to emerge. It really is a sight to behold, one which I found breath taking. It reminded me of being a child and the feeling I had in the pit of my stomach was very nostalgic and reminiscent of Christmas day.

The first thing that struck me upon approaching the stadium was the street food vendors. Domino’s pizza is a stark contrast to Ercan chip shop or Nathan’s. I know it seems like quite an anal observation but the pre-match build up felt more like a trip to Wembley for an exhibition game rather than approaching a West Ham home game. Those sights, smells and sounds were a big part of my match day experience and the grubby streets of Upton Park were replaced with the sterile and shiny surroundings of the Olympic Park and Westfield with its posh looking bars like the Cow.

This isn’t a negative point per say, more so an observation on my behalf of a small detail that to me makes a difference but to you might be neither here nor there.

I didn’t waste much time getting into the stadium after taking some mandatory selfies outside, and I ended up through the turnstiles. I loved it inside, I was extremely impressed inside the concourse, plenty of room, plenty of toilets and plenty of food and drink stalls.

The one thing that really used to get on my nerves at the Boleyn or any other stadium for that matter, was the split between upper tier and lower tier. If you sat in the upper tier, you had a specific set of turnstiles and they led to a staircase with five or six flights to the concourse. In the London stadium, each block gives you access to both lower and upper tier with ease. I think the layout is very impressive, both tiers in the east stand are very close to each other and to me, that is a great bonus as I hated climbing up so many stairs before.

I found my seat in no time at all, I happened to be sat dead on the half way line in the second row from the front of the upper tier (row 32).

I had expected the pitch to look miles away but in all honesty, the view was world class. Sitting in my seat and taking in the view and my surroundings really left me in absolute awe of the place. I had a huge grin on my face and I am nothing other than hugely impressed with the work that has gone in to making this stadium a fantastic venue to watch sports in.

The next thing on my list of observations was to get a feel of what the atmosphere would be like, bearing in mind this was a general sale game rather than a league game where you do tend to get a different mix of fans. The initial round of blowing bubbles before kick off when the players left the tunnel was deafening and spine tingling.
I picked up on how much louder the extra 20,000 people made the singing sound. As a whole, throughout the game, for my liking, there was enough atmosphere and various busts of ironic “stand up if you love West Ham” in response to the no standing rules.

This brings me nicely onto a few issues I picked up on as the match played out and it saddens me to have to write this next part.
At Upton Park, some people stood, some people sat down. But you always knew which parts of the stadium would do which, usually Bobby Moore and Chav corner had the standing up and the bulk of the songs, and the rest were sat down.
I’m usually in-between, I loved standing as a youngster but I now have severe back problems which makes it a lot harder for me to stand for long periods of time. I respect the rules and others around me that like to sit except when we stand up to sing Bubbles or there is am exciting attacking move which might lead to a goal being scored.

As much as I understand the club’s stance on standing due to the council and stadium operator’s rules, I got the feeling that the enforcement of these rules was a tad on the heavy handed side. I didn’t see any harm in the odd “stand up if you love West Ham” and at least 75% were sat down the rest of the time. I think that once people settle into groups of standing and sitting, no one will have any issues with it. The stewards need to understand these things more than they presently do and give people a chance to show their passion and sit down again before being so heavy handed.

One of the big issues on this subject, as I understand it is that at Upton Park, West Ham employed their own security and as I mentioned already, everyone had their own areas of the stadium for standing. Over here, the stadium provides the security rather than the club and there is a big lack of understanding from them.

Another situation which caused a big issue from what I witnessed on Thursday seems to be the amount of non-West Ham fans. Especially where I was sat in the East Stand. I have no idea whether this is down to cheaper ticket prices or how it has materialised, but I have never witnessed anything as bizarre at a West Ham game in my entire life.

The group in the row in front of me had no idea who West Ham were playing or what competition it was in. They were there to enjoy a night out at a football game but ended up chatting all game and taking various selfies as well as whatsapping friends or checking emails.

Then there was a group of lads behind me of which one of them openly admitted he was not a West Ham supporter but had purchased a season ticket “because why not? It’s cheap and I work in the area”.

At half time, a friend of mine came over to see me and told me he had seen someone in the toilets wearing a Crystal Palace shirt. I also spotted an Arsenal shirt and a Man United shirt.

This would never have happened at Upton Park. I felt disgusted by it, and salt was rubbed in the wound by the fact these people were giving me filthy looks for simply singing COME ON YOU IRONS and Bubbles! I was a West Ham fan at a home game, joining in with my fellow home supporters, singing the songs, creating a atmosphere but being looked at like a scum bag for daring to sing around them because they were all there for a quiet chit chat and a nice evening.
I mentioned an exhibition game at Wembley type atmosphere and feeling before the game as I approached the stadium. Well this was the case inside where I was sat as well.

I am a traditional, old school Hammer who has embraced the move to Stratford with open arms and an open mind. I applaud Mr’s Gold and Sullivan, I take my hat off to Mrs Brady. They have worked wonders for this club and I still think that the move was important for the future of the club. It is a fantastic stadium and it looks a lot like a West Ham home ground, largely down to the hard work and craft put in to its conversion. However, it will not feel like home if non-West Ham fans are buying tickets and the stadium’s own security staff are taking control of things they have no right to control. The stadium needs to be managed the same way that West Ham managed the Boleyn ground.

Despite my obvious ranting and negativity, I cannot offer a solution to anyone as to how to stop these people buying a ticket. However they did it at Upton Park would be a start!

I am not naive enough to think it would be exactly the same! I’ll get used to eating pizza rather than Pie and Mash. I can get used to the shiny and sterile walk to the ground. I can get used to everything because I know it is for the greater good. I love the stadium and the views are fantastic. I love our directors and the manager. I detest how much control has been given up to a third party stadium operator and their staff. Get that control back, get rid of the fake fans, and you will have a fortress and intimidating home atmosphere once again.

This article was written by Richard Oses.