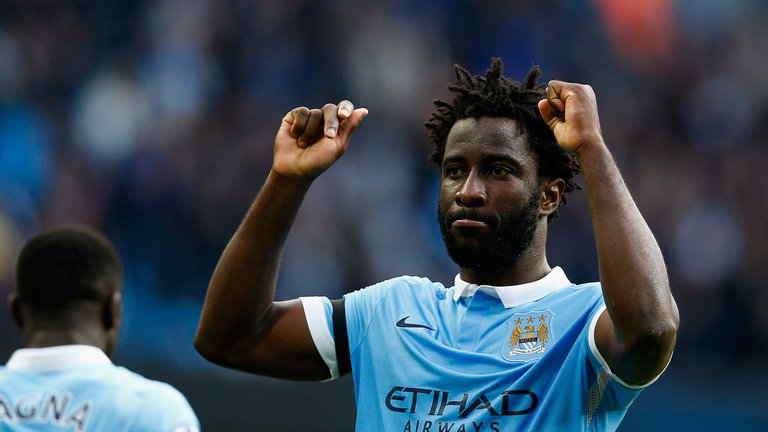 The reported loan deal for Wilfried Bony is officially off, as the Ivorian, formerly of Man City, Swansea and Vitesse Arnhem, has officially joined Stoke. It had been reported that a loan deal for the striker to join West Ham was getting closer, however, the club now appear ready to pursue other targets.

Bony, who has found game time hard to come by at Manchester City, seemed to fit the Irons’ needs as they try and add some depth to their frontline, but according to ExWhuEmployee, who had originally reported that there was interest in the player, the deal is “dead” and “has been for a while”. The general feeling was that Bony, whilst undoubtedly talented, had his eye on a move to China in January and as a result may not have performed to his capacity. Therefore, with his astronomical wages also to be considered, the club have decided not to take their interest further. However, it appears that Stoke have other ideas about the striker and his commitment, as they have convinced Bony to join for the entire season, putting on hold any reported move to the Far East.

Should the club manage to move on Enner Valenica or Diafra Sakho, we are led to believe that a replacement will be sought, but if that does not occur, Bilic is content with Zaza, Carroll, Calleri, Fletcher and Ayew, with the option of utilising Sakho and/or Valencia should they remain.

Meanwhile, the club are still actively pursuing another right back, with two players currently in talks with the club. Bilic is thought to have come to see that Michail Antonio is not best utilised in a right back position, and therefore is now open to the idea of providing cover for Sam Byram, a deal the club will expect to get done today.