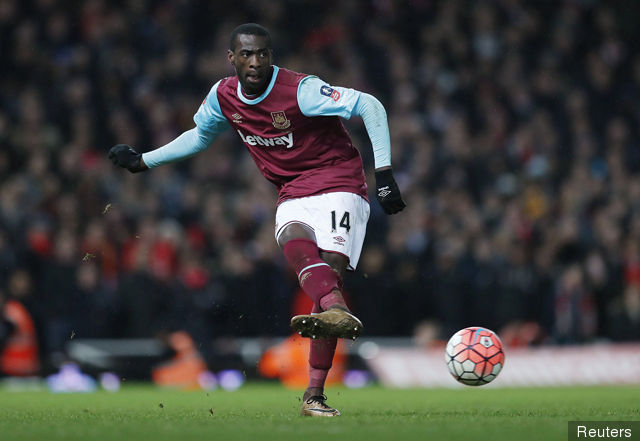 Pedro Obiang is set to leave the Hammers on loan and move to Fiorentina according to reports coming out of Italy.

The Spaniard, who joined the Hammers last Summer from Sampdoria is said to be unhappy with the lack of first-team opportunities at the club and is now set to return to the Serie A to boost his chances of gaining first-team football.

Obiang has impressed when called upon for West Ham but has fallen down the pecking order at the London Stadium with Harvard Nordtveit, Mark Noble, Cheikhou Kouyate and new signing Edimilson Fernandes all ahead of the 24-year-old.

Having made 24 appearances for the Hammers, it looks likely that his last against Astra Giurgiu paved the way for his exit. Had the Irons progressed through to the Group stages of the Europa League, it would’ve been likely that the Atletico Madrid academy product would have seen more game time under Slaven Bilic.

Now, though, ironically, it looks as though he could well appear in the Europa League, after all, should his Deadline Day deal move to Fiorentina go through as expected.

I, for one, am disappointed to see the Spaniard depart as I feel he has a role to play at the club, from what I have seen of him over the year he has been here has shown that he has more about him than Nordtveit, but he goes with our best of luck.

Meanwhile, reports suggest that Enner Valencia could also be set to leave the club, with the Irons ‘desperate to move him on’ according to our very own ExWHUemployee.

Premier League rivals Swansea City are said to be keen on a loan move for the Ecuadorian who has failed to impress since his brace of goals against Manchester City at Upton Park last season.

The forward looks bereft of confidence and looks to have accepted his future lies away from the East End. With Zaza’s arrival alongside the injured Andre Ayew and the returning Manuel Lanzini and Dimitri Payet it looks as though opportunities for Enner will be limited, and a move away from the London Stadium may well do him some good.

Whilst, the Hammers would prefer a permanent deal, it seems like the Irons may well have to settle on a loan move for now with the view to seeing him leave for good in the Summer.

It remains to be seen whether the club will look to replace Valencia with another forward or look to give players like Antonio Martinez and Ashley Fletcher more game time.