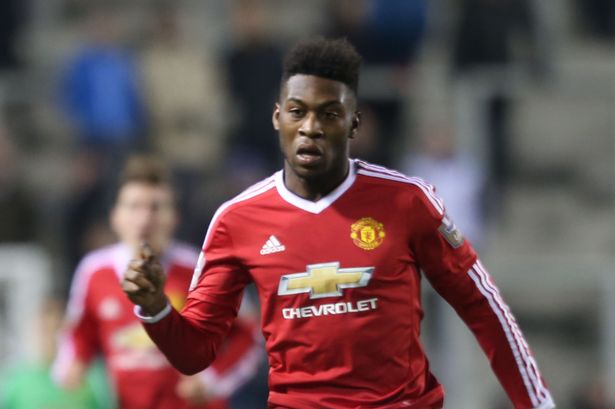 Born in Amsterdam , Holland, Timothy is a rising future star of the game who currently plays for Manchester United.

Mensah graduated from the very famous Ajax academy, but never made an appearance for the Ajax Senior team.

He was snapped up quickly by ex Man Utd boss Louis Van Gaal. The Dutch Manager was slammed for his patient approach …however signing Mensah at 16 years of age was an excellent move.

Ajax Rated Mensah very highly and were devastated when he left the club.

Fosu-Mensah is a very versatile player in any defensive position. He first started playing at Centre Back at Ajax but he also has proven that he can play Full back in the Premier League for the Red Devils. Defensive midfield is another position that he can play.

His ability and defensive skills make him a huge talent for the future. He is only 18 years of age and shows good maturity and consistency already.

Being Dutch you expect him to be comfortable with the ball and he is exactly that. He is also a great athlete, has incredible pace and power which makes him very hard to beat in one v one situations.

Mensah gets tight when defending and is very physical in his defending style. He is also a brave defender who won’t pull out of 50-50 challenges. He times his tackles very well and is very clean with his sliding challenges. His interceptions and determination on the pitch add to his overall play.

I think Mensah is one worth keeping a good eye on, if he doesn’t get the game time he needs under Mourinho, I’m pretty sure clubs will be monitoring his situation closely as he has the ability to be a class act.