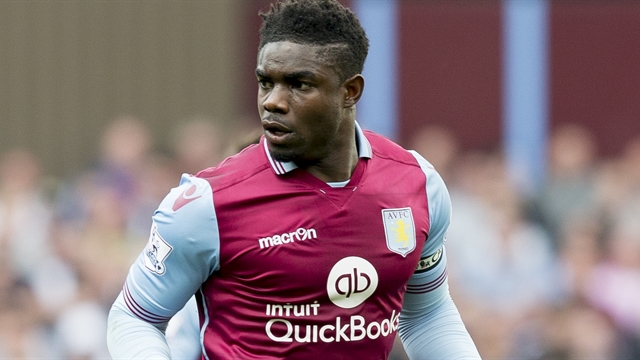 It has been a week since I last wrote one of these and now that the dust has settled on another window I felt like I should reflect upon what has been a busy transfer window.

So we got our right back in the end in Spanish World Cup winner Alvaro Arbeloa. He signed a one-year deal with an option at the end of it. He is on £30k a week and as Jack confirmed in our radio interview with him he turned down a number of clubs to join us from different countries and even paid for his own flight over here. I think this is a great signing because he provides experience and this will benefit Sam Byram hugely. We had made enquiries for Iorfa of Wolves on loan but his club naturally didn’t want to loan him and would only sell him if they received a large transfer fee. We also went for Micah Richards on loan but again Aston Villa demanded a huge loan fee plus extra payments when he had paid a certain amount of games. So, in the end, we moved for Arbeloa, as it had always been between those three to join the club.

Those of you who follow me on Twitter will know I had been saying for weeks and weeks that Payet would not leave. We set out stance at the start of the window that we would not sell and we stuck to our word. The only club to have enquired was PSG as I mouthed on air to the Sullivan lads but they couldn’t confirm on our transfer deadline show but agreed that was the club. PSG got as far as speaking to David Sullivan and being told the price and it went no further. No other club enquired despite reports in the press that suggested otherwise. Payet had trained all week but the club decided not to risk him at the weekend. In situations like this, the club cannot really win. Andy Carroll picked up a knock against Chelsea and then played at Astra in the Europa League and hasn’t played since the club didn’t want to take the same risk with Payet. Payet went to France international duty because it was believed that a week later he would be ready for France.

On transfer deadline day we actually received a loan offer for Valencia from Everton, which came as a surprise as it was thought that Everton were looking at other targets, and they emerged quite late. We had actually agreed to sell Valencia and that fell through the day before, much to the club’s annoyance as they had lined up another forward to come in.

Bony was a forward that we were heavily linked with throughout the window. We originally nearly signed him before we got Andy Carroll but Sam opted to sign the big man instead. The reason for not signing him this window was that we had originally thought he was going to China for big money and we decided that his heart might not be in it. It is now thought he will go to China at the end of the season having signed the season loan with Stoke. It was also thought that he might not have the desire still and that his career and fitness is actually on the decline. We had also received the news that Ayew and Carroll may not be out for as long as we first thought. So with them three plus Calleri, Martinez and Fletcher we thought that we had enough forwards anyway.

In terms of injuries, it looks like we will have a number of players back for the Watford game, with only three injuries now (as opposed to the 10 we had at one point) in Carroll (who is very close), Cresswell and Ayew. Let’s hope that it can stay this way. Sakho is not injured but isn’t at match fitness yet having missed the whole of the pre-season matches, whilst he may feature if injuries occur, the plan is to sell him in January.

Unfortunately, it looks like we will be losing Idris Kanu, a very talented youngster to Manchester United. The club does want to keep him but whether they will be able to persuade him to stay I am not sure.   We are also set to lose Sakho (although he may have left by then), Kouyate, Feghouli and Ayew to the African nations as their home countries have all qualified.

We play Watford next Saturday and this will be a real test of our team, as we cannot blame injuries now. I am extremely excited to see Zaza play. He has apparently been on fire in training and the players have been very impressed with him.

I would like to take this moment to thank you for all the positive comments that the site, the radio show and I received during the transfer window. It is times like that when you can forget all the “haters” that like to show their face and sit back and think that we are glad to have provided a quality service. Last year I was nominated for the best social media account at the football blogging awards. I got down to the final six but lost out on the day to “Deluded Brendan”. I was delighted to have got that far but I would like to go one further. This year you can vote for me in the best social account, the website in the best new blog and the radio show in the best podcast. If we could get down to the final three I would be over the moon as an acknowledgement for all the hard work that has gone in over this summer window and beyond. Competition is a strange thing and a couple of other “big” West Ham sites have instructed their writers not to ever mention me or quote the site. Their writers have fed this back to me. It is frustrating at times but this would go along the way to making it seem all worthwhile. Also, for how ever many of these competitions, we get shortlisted for, I will do that many giveaways and I’ll try to make them good ones like you expect from the site!

Anyway, enough of that here is how to vote. To vote for me in the best social media account, simply copy this message word for word (including the hashtag) and tweet it: I am voting in @TheFBAs for @ExWHUEmployee as the Best #Social Football Account

The website will be going for the best new blog site. I think it would be a great testament to all the writers, TV presenters and producers, forum admins and bloggers who put so much time into the site with no payment. To vote for the site, please copy these words into a tweet and tweet it or click the link.   I am voting in @TheFBAs for @WestHamWaycouk as the Best #New Football Blog

Finally, we will be entering our radio show into the best podcast category. Of course, we expect to lose the brilliant and established KUMB podcast but the estimated 30k+ listeners we had on transfer deadline day may mean some of you appreciate what we do too. To vote for the radio show as the best podcast please copy the following into your tweet and post or click the link. I am voting in @TheFBAs for @WestHamWaycouk as the Best #Football Podcast

Tune into the show this week for further transfer exclusives. Thanks for your continued support.