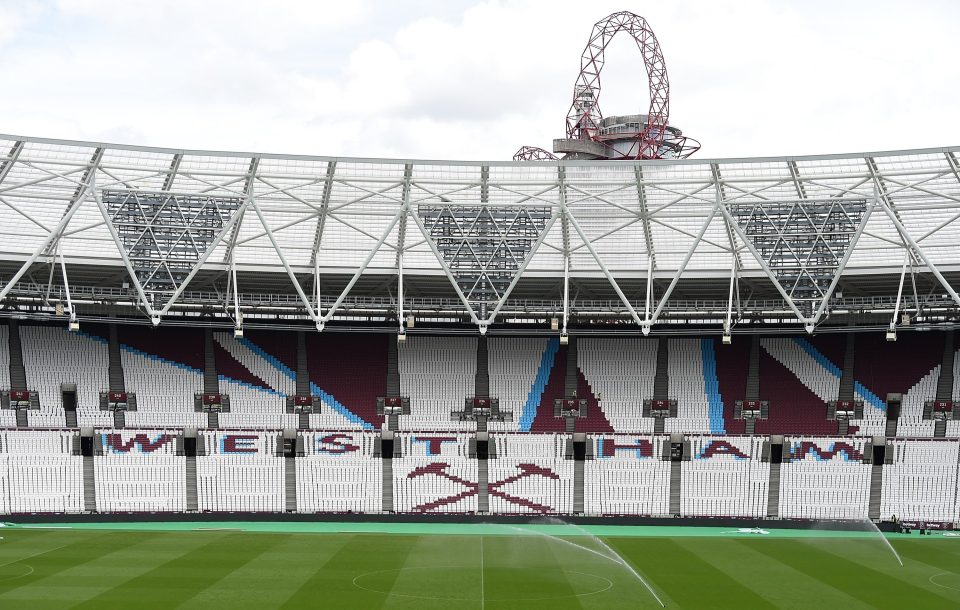 West Ham co-owner David Gold has today confirmed that the club are in early-stage talks to make the ‘London Stadium’ the first Premier League ground to have  a ‘safe standing’ area. This technology, which has been the subject of debate for decades, would allow the Irons to tackle the ongoing friction between those who wish to stand, and those who wish to remain seated at the new stadium.
Standing is a key part of British football culture in a way that isn’t so prevalent in some countries, so the idea that fans want to stand for the full 90 minutes, even with a seat available, may seem strange to foreign fans. It is also a culture that is not catered for in the age of the all-seater, with Premier League and Olympic Stadium rules prohibiting individuals from ‘persistently standing’. However, as the last few weeks have shown, there has been a significant proportion of the West Ham fan base who feel disillusioned at having to sit in the new stadium, as the stewards at Upton Park had been fairly easy-going on the subject.

Equally, there is another portion of the fans who wish to sit, either due to personal choice, or inability to stand. These individuals have declared frustration at having their view blocked by those who insist on standing throughout the game, especially when they have the law on their side. This issue has led to confrontations between fans and stewards, and is now reaching a point where the club must surely address it.

One solution which had been proposed was a season ticket exchange, in which people who wished to stand and people who wished to sit were relocated to create a standing area, as had unofficially developed at Upton Park. At the old stadium the Bobby Moore lower and Trevor Brooking lower became synonymous with standing, and though signs were always up indicating that standing would not be tolerated, a ‘blind eye’ approach was taken in these areas. It seems, however, that the club plan to try and implement and official recreation of  this with a safe standing zone, like the one that was installed by ‘Ferco’ at Celtic Park this summer

David Gold himself took to his twitter account this morning to break this news with a rather odd third-person message, proclaiming “Gold starts safe seating talks”. Though perhaps a little confusing in it’s nature, this tweet and others like it demonstrate Gold and Sullivan’s continued desire to make the stadium suit all parties and keep the fan base as informed as possible. It remains to be seen whether these talks bear fruit, but news of their happening will surely come as welcome news from all sides of the standing argument.

You can follow Co-Owner David Gold and all his tweets here: https://twitter.com/davidgold

The West Ham Way has been entered for an award at the Football Blog Awards. If you enjoy the work we do, we would be really thankful for your vote(s). All of our writers work for free out of sheer passion for West Ham and this website. Should you wish to vote, you can do so by tweeting the following: ’ I am voting in @TheFBAs for @WestHamWaycouk as the Best #New Football Blog ‘ – or by clicking this link: http://ctt.ec/4em0d