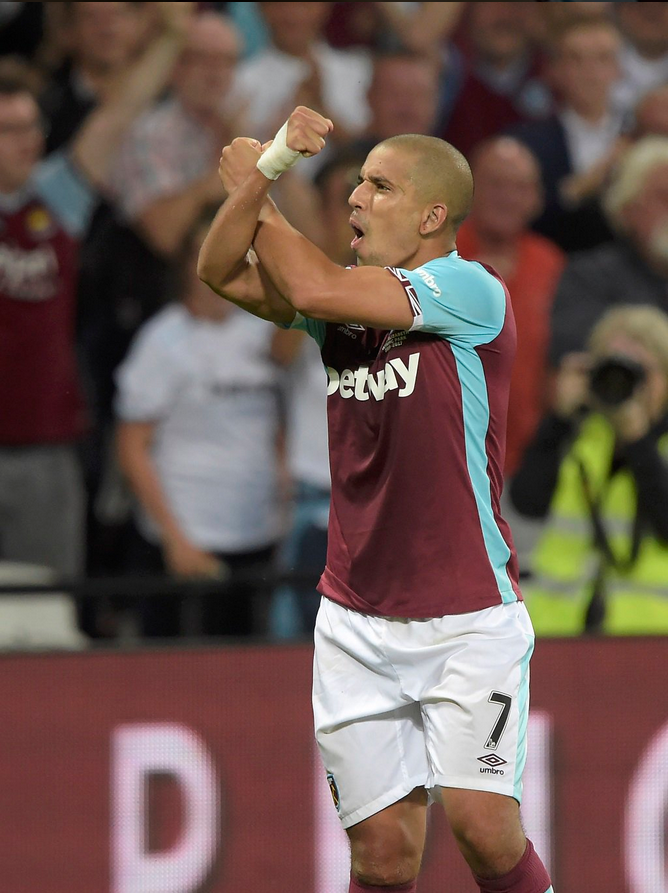 Sofiane Feghouli is set to feature for the under 23’s tonight as they take on Wolves in the under 23 Premier League Division 2, round 4.

Both teams started the season well with six points from an available nine, placing them second and third in the table as seen here (the young hammers ahead on goal difference).  Tonight’s match provides both teams with the chance to close the gap on league leaders Swansea.

If this does happen, then it would seem unlikely that Sofiane will feature for the first team tomorrow at the London Stadium when they take on Watford. However, this could be a way of sharpening him up for tomorrow’s game if the plan is to have him make an impact from the bench. As we know, these things are never 100% certain until game day.

Either way, Slaven has plenty of attacking options at his disposal for tomorrow and we expect to see plenty of goal threat from the boys in claret and blue.

If you wish to catch the game tonight it is at Dagenham and Redbridge FC’s Chigwell construction stadium. Kick off is at 7PM and its free for season ticket holders, £5 for adults, £3 for children. See whufc.com for further information.