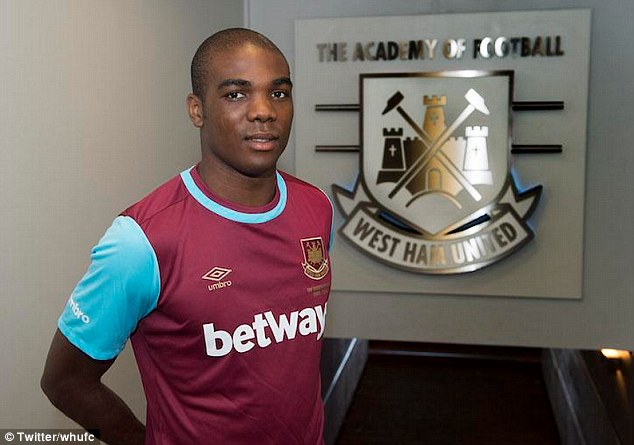 Ex has been pestering me about doing an article for a while now. So I thought this would be a good time to do it! This has been my first week working at West Ham, and it has also been a very eventful week and weekend for West Ham too. Sadly, eventful for all the wrong reasons, not only the result but the problems we had inside the stadium, both of which I find unacceptable.

First, I will start with the result, which I know Slaven was far from happy about! He has even told me he couldn’t sleep. The team’s performance was the best I’ve seen until the 30-minute mark passed! We looked exciting, fast and dominated the game. Watford were up against it but sadly we gave them a way back in. The one thing in football I hate to see is when a team shoots themselves in the foot, which we did for their second goal.

From then on the momentum was with Watford, and they got another two goals in the second half! From Christmas last year we have conceded too many goals, I think it almost averaged out at two goals a game! I personally believed it was because Antonio was at RB, however, this may not be the case, the problem may be deeper! Maybe the team is not working hard enough or we need a midfielder to sit, almost like what Nordtveit did at his last club.

I was at the training ground today and Bilic was enforcing defending making them put in challenges and defending as a unit. Which is maybe just what we need! I have full faith that we can sort this with players like Ogbonna and Arbeloa still yet to kick a ball this year for us. For me, Ogbonna will make a big difference when he returns to the side as I see him as our best CB at the moment.

I honestly believe we will score goals for fun with the strength and depth we have in all attacking positions! We were in the top four in goals scored last year and I can’t see why that will change. I still have massive faith in the team and management staff, and know that the set up at the training ground is second to none. Rush Green is perfect from the gym to the kit-men to the pitches. I was with the player liaison officer today and he was out until 21:00 last night, looking for homes/flats for new players. Everything is right at the training ground and it’s only a matter of time until we see that on the pitch.

It’s really important we sort out the goal problems and keep a few clean sheets as if the opposition can’t score they can’t win! Thankfully not letting in goals is an easier thing to get right then to try and score them. Eg. Sam at Sunderland last year, he got it right in a few weeks.

However, the issues at the stadium are something the club are working very hard to get right. Whilst the vast majority of supporters are always impeccably behaved any fans fighting their own is awful and embarrassing. At the end of the day, we are a big family and we need to stick together. I still am in the mind that our new home is fantastic, it’s beautiful – my view is better than expected and the facilities are outstanding. For me, it’s like coming to a cup final every two weeks.

However, there has been a few problems and I’m not going to gloss over that. The club issued a statement that has identified issues with the stewarding and we have insisted that the operator deals with this, and I know the club we will not rest until it’s sorted. The club has also already moved some people around the ground into more like-minded areas, and will see more segregation in place between the home and away fans by the next game.

Moving to such a new and vast stadium was always going to have teething problems but I promise you the club is dealing with them, rather than moaning about them! We expect we have made a few mistakes but now is not the time to sit about, it’s now much more important to act upon them

At the end of the day, I am a supporter in a very privileged position and I hope this gives you more of an inside view as to what has been going on behind the scenes. I hope you can give the staff at West Ham time to sort out the problems, and I know they will. I look forward to seeing you at West Brom.
COYI