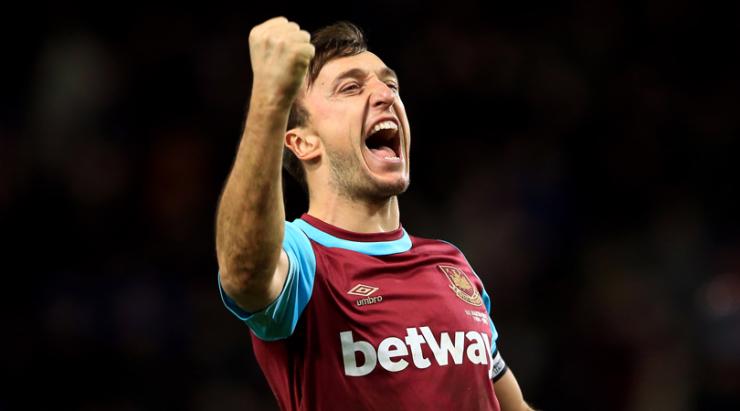 This article is written by Luke Malden @LukeyMalden

As we approach the first season at our new exciting home, we should feel really privileged with the number of leaders and the passion surrounding the club. The club is in the best position it has ever been in, and we have to put that down to the quality ownership of David Sullivan and David Gold right through to the way Slaven has inspired our players. Julian Dicks coming back instantly warmed the hearts of the fans, and him being around means players know they will get it from him if they don’t give 110%.

The real leader of this football club, though, is Mark Noble, who has come a very long way in terms of maturity, ability and leadership. I remember standing in the stands at Watford away in the Championship singing ‘He’s only 17, he’s better than Roy Keane, Mark Noble woahhh’ as he nervously smiled and applauded the fans, but you could tell he loved it. From then, he’s progressed as the real Mr West Ham and every fan could see he was going to gain the most respect ahead of anyone at this club with the passion he showed. From tears on the pitch to his farewell speech on the last night at the Boleyn, the bloke’s passion gives me real goose bumps. It really goes to show how not only we have one of the best set of owners in the country, we may just have one of the best captains also, certainly in comparison to our previous captains.

I’m talking Lucas Neil and Matthew Upson, defenders who were on ridiculous money at the time we had the wrong sort of leadership all around the club, but you could tell the likes of Upson and Lucas Neil would take their money and could leave with a bad result, whereas Noble is the type to put it right in the next game and understands the fans’ passion and frustration at a bad result.

I thought it was quite brave of Upson to turn up at Noble’s testimonial after deserting the club he captained as soon as we got relegated; I found that disrespectful, and it has stuck with me the way he was on a huge wage and was happy just to clear off at the end of the 2010/2011 campaign in the Premier League.

I believe Noble’s been able to adapt and thrive in a captain’s position, through inspiration from the likes of Kevin Nolan and Scott Parker. Whatever people may have to say about Kevin Nolan, despite his work rate being questionable at times, his leadership and dedication were top class. His working relationship with Sam Allardyce obviously helped him fit into the role of being at an East End club with high expectations and he dealt with the stick well. You could tell he cared. He’d pop up with goals, always applaud the fans, lead the team, instruct the team and had the look about him that said he wouldn’t take any rubbish.

Before then, obviously Scott Parker was a quality captain, with his “never say die” attitude and being a typical crowd pleaser, with only being a box to box midfielder but being a goal scorer that would always put his neck on the line. He became a complete fans’ favourite, and despite joining our rivals Tottenham, he still showed the passion for the club and could tell the players around him looked up to him as being the “go to” man, another iconic character for Noble to admire.

What players don’t understand these days is there are so many little things that they could be doing to put a smile on the faces of the fans, whether that being throwing a shirt in the crowd at the end of a game or having a laugh and a joke with the fans on Twitter. Fans warm to posts so easily on social media these days and you can instantly become a fans favourite by putting in 110% on the pitch, applauding the fans at the end of the game and even thanking the fans publicly on social media. As well as that, having humour helps; reverting back to social media and the video of Kouyate singing ‘we’ve got Payet’ at the Player Awards: small things like that give the fans something to have a laugh about and show the players who often graft the most also have a humorous side that they want to express.

Noble you have to say has all of that in one; he has his dopey grim which makes him look like he’s up to no good playing pranks on players, but knows when he steps foot on that pitch him and the 10 players in claret and blue around him have to all do the same thing. He not only makes it easy for players to settle around but being a West Ham boy himself, knows what pleases the crowd, and it is simply putting in 150%. I truly believe Noble is one of the reasons Payet does so well for us and we should really cherish and be thankful for the position we are now in, with the best owners in the land, Super Slav and Noble as captain… They all know what the fans want. COYI