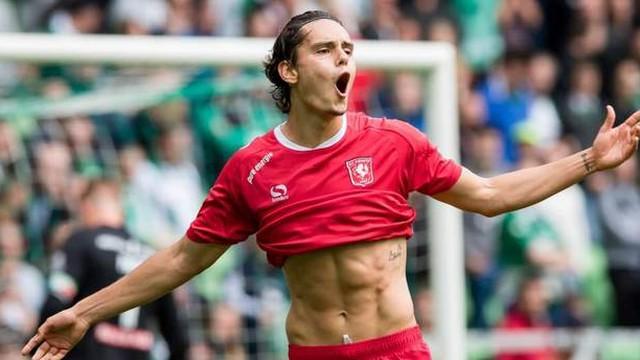 Current Team: On loan to FC Twente from Manchester City

Promoted from the Youth team of Bursaspor, Enes was quickly
noticed as one of the biggest brightest young talents in Turkish football at a young age.

There is a hope he can become the new Hakan Sukur, the next big thing in Turkish football is what’s expected from Enes.

Manchester City quickly moved to Purchase Unal for a fee of around 2 million …a smart move for this very talented young player.

Enes has very good goal scoring ability first of all.

A striker that lives to score, having that ability to score a goals in a flash.

I really like his scoring instincts, being able to score all different types of goals, free-kicks he is good with.

He is a danger just being on the pitch.

Already starting his new loan move with FC Twente on fire, Enes has the chance to show more of the world what he can do in the Dutch Eredivisie .

He has a great mentality and determination about him which will help him become the player Turkish fans hope for in the future.

He works hard, Versatile complete striker who can play most roles.

Enes doesn’t have any glaring Weaknesses, he has knows football tactically, he makes intelligent runs, very sharp in the final third.

For such a young player, he is very advanced in what he knows and how to do it on the pitch.

Robin Van Persie is only of his idol’s which makes a lot of sense as he has similar attributes.

Well worth watching this young potential world class star to see him make a name for himself.