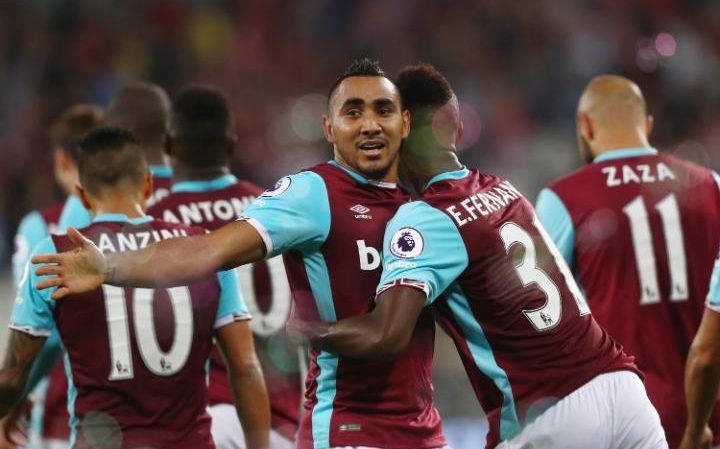 Dimitri Payet saved the Hammers blushes tonight as he scored a dramatic late winner to help West Ham beat their League Two opponents Accrington Stanley 1-0 and book their place in the fourth round of the EFL Cup with a home tie against Antonio Conte’s Chelsea.

With the tie heading for extra-time. Payet was brought down on the edge of the box five minutes into stoppage time.

The French star stepped up from 25 yards out and curled a superb free-kick into the corner of the net to send the Hammers through into the last 16. It was the Frenchman’s first goal of the season but it came at the perfect time as the victory ended a run of four consecutive defeats.

After the recent 4-2 defeats against Watford and West Brom you could sense the nerves around London Stadium in the early stages and it was Accrington Stanley who dominated the opening part of the game.

The League Two side could have opened the scoring after just three minutes when their captain, Seamus Conneely fired a low shot which produced a comfortable save from Darren Randolph diving low to his right hand side.

The away side continued to press and came close again when Sean McConville raced away down the left hand side and crossed in for Jordan Clark who slid the ball just wide of the post. Another good chance fell to the visitors on 23 minutes when Billy Kee laid the ball back for John O’Sullivan who fired a shot from the edge of the box just wide of the goal.

The Hammers finally created their first chance of the game on 37 minutes when new signing Edimilson Fernandes, who was making his first team debut, played a high ball over the top of the Accrington defence. Jonathan Calleri reacted the quickest but lobbed the ball over the bar.

Bilic made a double change at the break in an attempt to turn things around bringing on Manuel Lanzini and Dimitri Payet for the ineffective duo of Sofiane Feghouli and Gokhan Tore.

The move almost paid dividends as Lanzini weaved his magic inside the box and cut the ball back for Simone Zaza who directed a shot straight at Accrington keeper Elliot Parish.

Accrington Stanley came the closest to breaking the deadlock on 55 minutes. O’Sullivan picked out Sean McConville who was unmarked inside the area and he saw his curling shot produce a superb save by Randolph diving away to his left hand side.

The Hammers raced down the other end as Payet broke free of the Accrington defence and did his best to pick out Zaza and Calleri. The loose ball fell to Lanzini on the edge of the box and he fired a powerful shot inches over the bar.

The home side were keen to finish the tie inside 90 minutes and had another great chance on 73 minutes when Payet picked out Zaza who saw his close-range shot kept out by the legs of Parish.

The Hammers were reduced to ten men after defender Arthur Masuaku was carried down the tunnel on a stretcher following a challenge late in the game and Bilic had already made his three substitutions, leaving the Croatian boss with another headache with both first team left-back’s now on the sidelines.

Pedro Obiang could have won the game in stoppage time at the end of 90 minutes after his dipping shot produced a superb save from Parish.

But it was left to that man again to steal the show with the late winner and set up a London derby in the 4th round against Chelsea.